Are definitions of practice hindering the psychology profession? 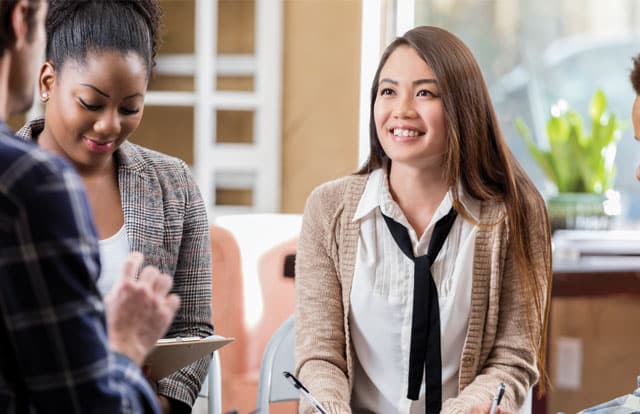 The current Scope of Practice as defined by the HPCSA creates rigid distinctions in the functions that may be performed by psychologists. Is this a justified attempt to regulate the industry or is it simply throttling the profession and practice of psychology in South Africa?

“The current functions as stipulated in the Scope of Practice of the Health Professions Council of South Africa (HPCSA) are erroneously interpreted as mutually exclusive, so that particular disorders and states of mental health fall within the ‘territories’ of different practice areas,” explains Brandon Swanepoel, an Educational Psychologist in private practice and an educator at the South African College of Applied Psychology (SACAP). “As a result, some professionals, such as educational and counselling psychologists, are blocked from treating disorders in which they have been trained and are fully competent.”

Counselling Psychologist Dr Jaclyn Lotter, who heads up SACAP’s Academic Programmes, agrees. “What the interpretation and implementation of the Scope of Practice has done is to create a hierarchical system in which those at the top (by virtue of their registration category) are granted significant power within the profession, while those who have been placed lower down (based on the implementation of the Scope of Practice rather than any legitimate differences in training or competence) are excluded from making a significant difference to the mental health of the South African population. The effects of this hierarchy are powerful, as it has played a significant role in hiring practices by the state and industry, where most positions are now open only to clinical psychologists.

Furthermore, Dr Lotter points out, this false hierarchy has created particular powerful perceptions within the public and has been exploited by the medical aid system. “An unintended consequence of the Scope of Practice debate is that medical aids are in a sense regulating the practice of psychologists, rather than the Board doing so.”

Doors closed on the public sector

Add to this the fact that, despite the need, there is a shortage of available posts in the public sector, which effectively forces psychologists into private practice. “Most psychologists want to work within the public sector but they cannot find jobs,” says Swanepoel. “There are very few posts for psychologists available in state hospitals and clinics and many of the ones that do exist have either already filled or have been frozen due to budgetary constraints. In addition to this, the few posts that are available are only open to clinical psychologists.”

“Despite a desperate need not only for more psychologists in public hospitals and clinics, there is also a need to develop essential community-based care services,” Dr Lotter adds. In 2014, she explains, it came to light that there had been a gross miscalculation by the Health Ministry of the number of psychologists and psychiatrists then employed in the public sector. The Institute for Security Studies pointed out that the correct figure stood at 0.069 for every 10 000 people. While there was an outcry at the time, the discussion appeared to quickly fall out of the public eye, until recently when a lack of adequate services and negligence was reported to have lead to the tragic death of over 100 mentally ill people in Gauteng.

“The reality is that, of the posts available to psychologists in the public sector, only about one third are occupied,” she says. “Ultimately, this appears to be both the result of maladministration, as well as the devalued status of mental health in comparison to other health concerns as far as budget allocation goes. The lack of funding to adequately provide these crucial services has resulted in a situation where those working in the field have begun to refer to mental health as the ‘the orphan’ of the healthcare system.”

Swanepoel further points out that psychologists wishing to work within state schools are limited even further. “In 2001, the Department of Education adopted the Education White Paper 6 on Special Needs Education. According to this document, psychologist posts were taken out of all schools and relocated to education district offices. The job description of psychologists employed by the Department of Education was also changed from providing clinical work (individual therapy and assessment services) to administrative tasks and policy implementation. Some schools do still employ psychologists, but they are not paid by the state. In addition to this, the salaries paid to these psychologists are considerably less than the occupation specific dispensation (OSD) reimbursement rates, which psychologists earn at education district offices and in the health sector. As a result, schools are unable to attract or retain psychologists easily.”

In conclusion, Dr Lotter notes that the Scope of Practice as it currently stands has implications for not only the distribution of mental healthcare professionals in various sectors across the country but also excludes certain healthcare practitioners from providing services to certain members of the public. “And, of course, there are the implications on the funding of mental healthcare services for South Africans. In short, this significantly impacts the general population’s access to mental healthcare, and simply adds to the numerous other challenges the industry suffers as a result of stigma and a lack of education  – all of which speaks to the need for the profession to stand together and support one another in finding a workable solution to the crisis.”

As South Africa’s leading provider of counselling, coaching and psychology courses, SACAP stands by its commitment to the belief that we in South Africa have a moral obligation to provide psychological services to all of our country’s citizens in need. For more information on studying psychology, enquire now.

The role of coaching in human resource management

Do all families need therapy?