Are we obsessed with being happy? 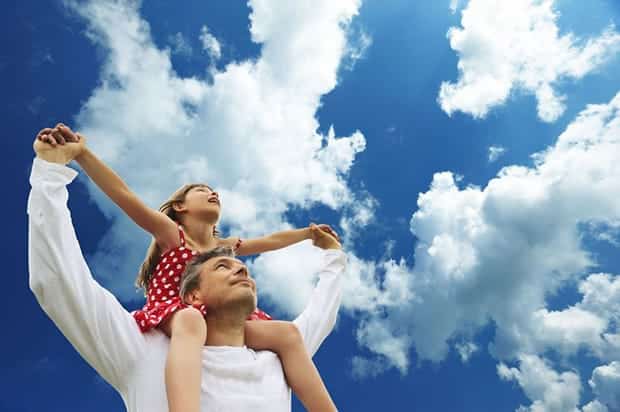 How-to videos, websites, workshops, retreats, and a glut of books on the subject… we’re living in happiness boot camp, perpetually exhorted to be positive, to feel good and to consume a diet of affirming thoughts. But does our obsession with being happy bring us any closer to it?

“It is the very pursuit of happiness that thwarts happiness,” psychiatrist, author and Nazi concentration-camp survivor, Viktor Frankl, famously declared. And Frankl is not alone in believing that the single-minded search for happiness is ironically leaving people less happy.

For Australian social researcher and psychologist Hugh Mackay, the notion that individuals should do everything for the sake of happiness is a dangerous one. In his book, The Good Life, Mackay argues that this philosophy has led to a new disease among Western societies, one he calls “fear of sadness”. “Wholeness is what we ought to be striving for,” says Mackay, “and part of that is sadness, disappointment, frustration, failure; all of those things which make us who we are. Happiness and victory and fulfillment are nice little things that also happen to us, but they don’t teach us much.”

According to Mackay, the obsession with happiness not only leads us to discount both the presence and the value of the challenging and painful events that are inevitable in our lives, it also makes us feel inadequate when we fall short of an ideal happiness. Indeed, that insidious idiom – there’s nothing stopping you from being happy but yourself – smacks of self-recrimination. If it’s only you preventing your happiness, there must be something wrong with you if you can’t find it, right?

Mackay’s theory is borne out by research conducted by a team of psychologists led by Dr Brock Bastian at the University of Queensland in Australia. Published in Emotion, the journal of the American Psychological Association, the study found that “social expectancies” not to feel sad are associated with increased negative emotions, depression and reduced wellbeing. “When people think society generally doesn’t accept sadness or that other people expect them not to experience or express their sadness, they have more negative emotions. They’re also more likely to report symptoms of depression and lower satisfaction with their lives,” says Bastion, who adds that pursuing happiness as a goal is counter-productive because “when we fail to achieve our goals we feel disappointed and this serves to push the goal further away.”

What’s more, say some experts, living in an era in which every unpleasant aspect of life is frowned upon, and dismissed as an unnecessary social ill, is removing our ability to tolerate even the most mundane of life’s difficult aspects. Laura Fisher, Head of Strategic Development at the South African College of Applied Psychology (SACAP), argues that the growing influence of happiness ideologies may be creating a generation of people unable to cope with or even understand the dynamics of grief, suffering and despair. “The constant avoidance of sadness and anguish leaves our resilience muscles unexercised and weak,” she says. “People who avoid funerals, for instance, because they make them feel ‘so sad’, are inevitably less likely to deal well, and ultimately adjust to, the death, say, of a significant other.

“We’ve become afraid of feeling the vast range of emotions that humans should experience,” continues Fisher. “Perhaps it has something to do with control – or rather the sense of being ‘out of control’ – but, really, this is where the vibrant colour of this life comes from and it’s actually sad that we’re missing out on it. I encourage people to deeply indulge their highs and lows, recognising that if they go with the flow of their own emotions, they’ll be less likely to get stuck emotionally and more likely to experience the fullness of life.”

From where, though, does our preoccupation with being happy actually come? In a study published in the Journal of Positive Psychology, psychological scientists give an evolutionary explanation: happiness is about drive reduction. “If you have a need or a desire – like hunger – you satisfy it, and that makes you happy. People become happy, in other words, when they get what they want. Humans, then, are not the only ones who can feel happy. Animals have needs and drives, too, and when those drives are satisfied, animals also feel happy,” the researchers point out, concluding that, from a social perspective, the pursuit of happiness is, to all intents and purposes, “associated with selfish behaviour”.

“Ironically, however, the nature of the very ‘search’ itself – because it sees us shunning all negative emotions in ourselves and others – also leaves us lacking in empathy, and that’s where the selfishness really lies,” notes Fisher, adding that “empathy is a core quality of healthy interpersonal relationships; without it we can’t relate or support or love.”

Add to this, too, theories claiming that negative events and major life changes do not in fact significantly impact our long-term happiness anyway, making their avoidance, therefore, completely futile. SACAP’s Head of Coaching, Karolyne Williams, explains: “According to the theory of hedonic adaptation, human beings are remarkably good at getting used to changes in their lives, be they good or bad. As a person makes more money, say, expectations and desires rise in tandem, which results in no permanent gain in happiness. Essentially, what this means is that happiness is relative, and largely determined by our brains looking at how well we’re doing today compared to how well we were doing yesterday. And humans have a supposed tendency to quickly return to a relatively stable level of happiness, despite major positive or negative events in our lives – we adjust back to our ‘happiness set point’, so to speak; the level of happiness, in other words, that we’re hardwired to experience.”

However, as American historian Darrin McMahon points out, “It is only relatively recently that human beings have begun to think of happiness as not just an earthly possibility, but also in some ways as an obligation or entitlement, a natural human right.”

In Happiness: A History, McMahon sifts through some 2 000 years of Western politics, culture and thought, searching for evidence of how our contemporary obsession with being happy came about. Ultimately, he associates the rising concern and preoccupation with happiness with two main factors: declining religious belief and economic prosperity. “The key question then becomes why,” McMahon says. “To really be concerned about your happiness is a total luxury: It only happens when everything else is taken care of. To care about happiness in a really sustained, neurotic way … is, on one level, a sign of our prosperity.”

Of course, they are not trying to romanticise depression (and certainly not denying that happiness does make us feel good), but what psychologists are saying that we’d be a whole lot happier if we recognise that fear, sadness, loneliness and boredom are normal aspects of life, often necessary for personal growth. What they’re also saying is that the very act of pursuit itself – the endless search for that elusive magical ingredient that will complete us – is what’s really making us unhappy. In Williams’ words, “Happiness exists in the present, not in the future achievement of something. If you haven’t learned to access it now, when your future becomes your now, you will still be looking for it.”