Science shows how a trip to the beach changes your brain 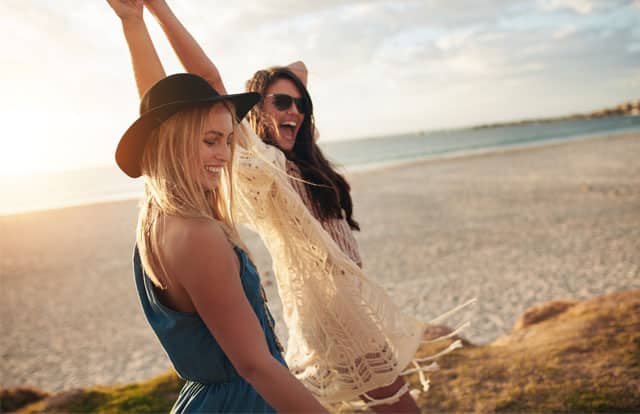 Psychologists say time spent at the seaside does the mind (and body) good. Here’s how to best reap the benefits of all that “vitamin sea.”

Nothing says “summer” quite like a trip to the beach. And there’s good news if you’re planning to hit the sand and surf this holiday season. Turns out, spending time at the sea is not only good for your tan; it also has significant psychological benefits for your mental health.

In one study, analysis of census data collected in England revealed a positive association between health and wellbeing and living at the coast. Similarly, another study conducted by researchers at the Graduate School of Maritime Sciences in Japan found that, compared with those who live inland, seaside dwellers – and particularly elderly coastal residents – show higher positive psychological effects thanks to their proximity to the ocean.

“Human psychology and behaviour are dependent, not only on current social stimulus, but also on characteristics of the environment,” say the study’s authors. “We should consider the value of leisurely visits to the seaside to promote public health and psychological wellbeing”

How does the beach boost your mood?

Among the reasons a trip to the seaside has us coming over all Zen are the relaxing effects on the senses of the swell’s ebb and flow. Research has shown that staring at the ocean actually changes our brain waves’ frequency and puts us into a mild meditative state.

According to a study conducted by researchers at Harvard and the University of Massachusetts Medical Schools, together with those from the Bender Institute of Neuroimaging in Germany, the brains of those who mediate regularly actually change in significant ways. “The results suggest that [meditation] is associated with changes in grey matter concentration in brain regions involved in learning and memory processes, emotion regulation, and perspective taking,” say the study’s authors.

What’s more, according to psychologists, listening to the waves activates the parasympathetic nervous system, which is responsible for slowing us down and allowing us to relax and feel more engaged.

The smell of the ocean breeze also contributes to a soothed state, which may have something to do with the negative ions in the air that we’re breathing in. These oxygen atoms have an extra electron and occur in places like waterfalls and the ocean. Studies even suggest that negative ion therapy could be used to treat symptoms of seasonal affective disorder.

Add to this the colour blue, which is unanimously associated with feelings of peace and calm. One study even found that blue is linked to a boost in creativity.

How to make the most of your time on the towel

To stay in the zone while you’re at the beach, say goodbye to Instagram. Instead, close your eyes and listen to the ocean waves rolling in and out. If you’re getting alerts from your phone, that’s going to detract from the experience.

Above all, be aware of your senses. Focus on how your body feels warm from the rays of the sun, focus on what it feels like to have your feet in the sand, breathe deep and smell the ocean air.

“Mindfulness meditation is unique in that it is not directed toward getting us to be different from how we already are. Instead, it helps us become aware of what is already true moment by moment. We could say that it teaches us how to be unconditionally present,” says Professor Karen Kissel Wegela, author of The Courage to Be Present.

So grab your bucket and spade and get out there to soak up all that vitamin sea. Oh, and don’t forget the sunblock!

Interested in delving deeper into the fascinating subject of human psychology? Perhaps you’d like to study psychology at SACAP. Courses in psychology, such as the Bachelor of Psychology (BPsych) and the Bachelor of Applied Social Science (BAppSocSci), will teach you invaluable skills that can be employed in a number of careers. For more information, enquire now.