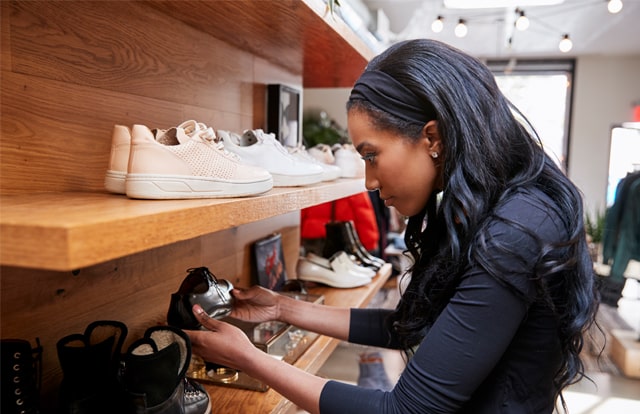 Research shows that those who are able to delay gratification are more likely to be financially successful. If you’ve always been a spend now and save later fear not, there is hope.

You are in your favourite store and something new catches your eye. You must have it. Pay day is not for another two weeks though…Do you splurge and suffer the consequences later or do you go home, think about it and devise a way to save the money? How you answer this question speaks volumes about your ability to delay gratification and, ultimately, your financial success.

A little girl sits alone with a delicious marshmallow strategically placed in front of her. She has been told that if she can sit for 15 minutes and not eat said marshmallow that, as a reward, she will get another. She waits and enjoys both marshmallows with glee. Apart from the fact that she clearly has a sweet tooth, what else does her behaviour tell us? Well according to The Marshmallow Test, a study conducted in the early 1960’s by professor of psychology at the University of Columbia, Walter Mischel, this little girl, along 25% of the children who were tested and managed to resist the first marshmallow, is more likely to do well socially and academically when compared to those who immediately munched their marshmallow. She is also less likely to suffer from obesity, alcoholism or substance abuse and, finally, her ability to resist the initial marshmallow indicates that she is more likely to excel in her job and gain financial success.

So, what is delayed gratification? Simply put it is the ability to wait fifteen minutes to get two marshmallows. It’s being able to keep the bigger picture in mind as opposed to jumping at the first thing that comes your way. It’s being prepared to put in the hard graft now (be it working, studying, exercising or budgeting) in order to reap the rewards later. Motivational speaker and self-development author, Brian Tracy, illustrates the importance of delayed gratification when saying that, “The ability to discipline yourself to delay gratification in the short term in order to enjoy greater rewards in the long term, is the indispensable prerequisite for success.”

Sadly, delayed gratification is a behaviour that seems to be on the decline. A steady increase in credit card debt is the perfect example of this. The risk of giving into temptation is as old as humanity, but the availability of temptation is constantly on the increase. Never before have we had such immediate access to so much stuff. We can find anything on the internet, from new clothes to your future spouse, and for those that struggle to delay gratification the consequences can be devastating. Americans owe more than 26% of their annual income to debt, this is up from 22% in 2010. Consumer debt is estimated to reach $4 trillion by the end of 2018. Author of Money Manifesto, Lance Cothern, illustrates our inability to delay gratification when saying that, “When it comes to impulse buying, most Americans are pretty bad at practising self-control…the key difference between people with consumer debt and those without, everything else equal, is that the person with no consumer debt has mastered delayed gratification while the person with consumer debt has not… The ability to invest money today to have money when you retire is delayed gratification.”

So where does this leave those of us who munched the first marshmallow? Are we simply destined to live a life of obesity, poor choices, addiction and poverty? Fear not! According to Cothern there are ways to improve out patience and ultimately our lot in life. Here are three of them.

Be sure to take note, as in actually write down, your financial goals AND hold yourself accountable

2. Separate your needs from your wants and wait

Prior to purchasing any item, ask yourself whether it is something you need or something you want. If the answer is the latter wait 24 hours before buying it. This will help you to avoid those impulsive shopping sprees.

3. Find yourself a money mentor

Identify someone whom you respect financially and ask them to share their do’s and don’ts when it comes to spending and saving. Follow their advice.

Delaying gratification is a skill that can be learnt, and your finances will thank you for it. Next time you’re tempted to spend frivolously, think of that little girl and her marshmallow. Sure, the first one tasted good, but I can assure you the second was even better!

Everything you need to know before you apply for college

How to Stick to Your New Year’s Resolutions