How to worry less about money 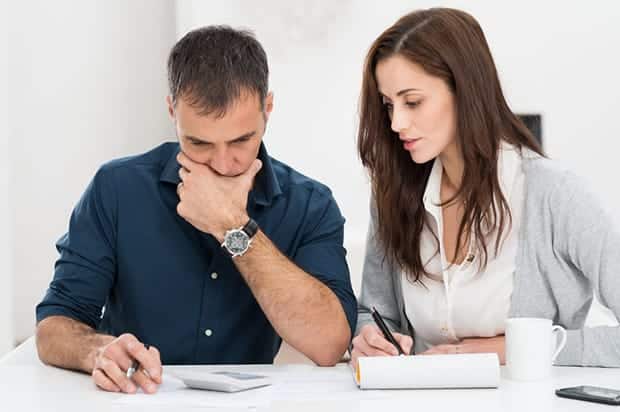 They say money can’t buy happiness but many of us don’t really believe that, do we? In fact, studies show that money tops the list of our main sources of significant stress. Of course, when you’re living from payday to payday, money is certainly a legitimate concern. But for many of us, say the experts, our financial worries are actually not about money at all.

As proof of this consider the fact that some of the happiest countries in the world are by no means the wealthiest, according to the globally recognised Gallup-Healthways Well-Being Index. On the contrary, the majority of the population in a country like Panama, which heads up the list, would not even be considered middle-class by Western standards.

Like it or not, though, as members of a consumer society, money is at the centre of our lives. It fascinates, confuses, motivates, exhilarates, worries and depresses us. It also determines our quality of everyday living, mediates our social relationships and determines how others perceive us. It follows then, that having a healthy attitude to money pays huge dividends.

“The first step to developing a better relationship with money is to distinguish between money troubles and money worries,” says British philosopher John Armstrong, author of How to Worry Less About Money. Money troubles, he explains, can only be solved by getting more money; money worries, on the other hand, are about what’s going on in our heads rather than in our bank accounts.

According to Armstrong, our worries about money are deeply entwined in the meanings we arbitrarily attach to it. At the heart of much money anxiety is envy and the underlying fire that fuels it, namely, status, pride and identity, he says, using, as an example, the rivalry that once existed between himself and a relative during childhood games of Monopoly. “We were extremely competitive and it would cause me huge distress,” he recalls, adding that at the root of this rivalry was undoubtedly the competition for the love of the wider family. “We are all vulnerable to carrying the psychological burdens of our pasts into our adult economic lives. Instead of examining very carefully our true needs and what they really cost, we very quickly come to the conclusion that we simply need more than the next guy. Why? Because the real task of money has become about making us feel that we’re better than the rivals in our lives.”

Dr Robert Leahy, founder-director of the American Institute for Cognitive Therapy and author of The Worry Cure, agrees that comparing your finances and happiness with those of people who have more money will only “fuel money worries.” Leahy advocates thinking long and hard about what money symbolises to you. If it represents security, success, pride, or moral worth, for example, finding other (free!) ways to fulfill those desires will alleviate the pressure considerably, he says.

A technique for revealing your attitude towards money, advises Armstrong, is to examine the words and phrases you freely associate with money. “The connection between psychology and money is powerful and the assumption that money equates to happiness is one that is easily made,” he explains. “While the worries we associate with money are real, they are not money troubles and so can’t be solved with money. The real task is to break that connection and to separate out the psychological material from the financial material – to detach what is just about money from all the emotions that are entangled with it.”

Another way in which to organise your thoughts about money is to create a hierarchy of needs and wants, suggests Armstrong: “Needs are generally those things that have a greater urgency and about which we generally feel less guilty; wants or desires seem more frivolous and indulgent and tend to evoke a sense of guilt when pursued.”

That said, Armstrong cautions against what he calls “modern society’s rather puritanical view of what’s allowed to be classified as a need”. A devoted violinist, for instance, has a legitimate need for a violin, while, for most of us, this seems rather an expensive want.

Ultimately though, points out Armstrong, the real benefit of cultivating a healthy relationship with our finances is to allow us to discover what is truly important to us in life.