Tangled up in tech: The psychology of social media 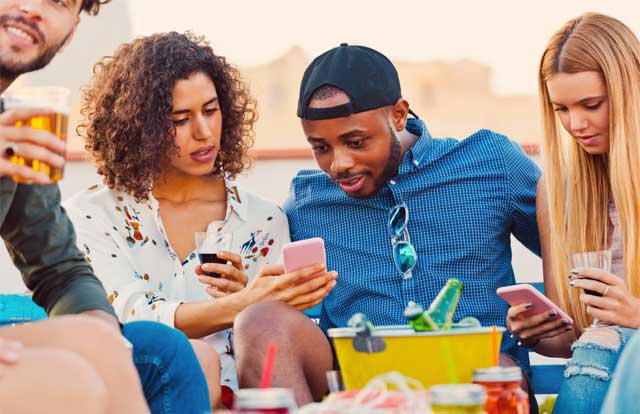 The global social network has transformed significantly over the last few years with the likes of Snapchat, Instagram, Twitter and others now rivalling rivalling Facebook for our online attention. Last year alone over 30% of the world’s population (and nearly 70% of all internet users) regularly accessed a virtual social network.

A major reason for its staggering success is the way in which social media leverages psychological concepts central to how we see ourselves, and how (and why) we engage with others. For instance, what drives us to say and do things on the internet that we probably never would in a face-to-face environment? Why is the desire to work on our Facebook persona so compelling? And, if we’re so self-preoccupied, what makes us “like” or share another’s post?

These are some of the deep-seated cyber-psychological impulses that drive our online behaviour:

Cyberspace has given us all an unparalleled platform for self-expression. While sitting alone at home, we can make our most private and personal thoughts instantly and globally public – a historically unprecedented psychological experience which John Suler, Professor of Psychology at Rider University in America, calls “online disinhibition”.

According to Suler, several factors are at play in cyberspace that loosen the psychological barriers that would ordinarily block the release of our innermost feelings and needs. Among these is the invisibility – and often anonymity – of the online encounter. “When people have the opportunity to separate their actions from their real world and identity, they feel less vulnerable about opening up,” he explains in The Psychology of the Digital Age. “Whatever they say or do can’t be directly linked to the rest of their lives. They don’t have to own their behaviour by acknowledging it within the full context of who they ‘really’ are.”

Suler also points out that, according to traditional internet philosophy, everyone – regardless of status, wealth, race, or gender – starts off on a level playing field: “People are reluctant to say what they really think as they stand before an authority figure. But online, in what feels like a peer relationship – with the appearances of ‘authority’ minimised – they are much more willing to speak out or misbehave.”

The cornerstone of socialisation theory, the concept of the Looking-glass Self is based on the idea that people in our close environment serve as “mirrors” that reflect images of ourselves, and we then shape our self-concept on what we think they see.

Introduced as far back as 1902 by American sociologist Charles Horton Cooley, the main point of this theory is that how we see ourselves does not come from who we are, but rather from how we believe others see us. We form our self-image as a reflection of the responses and evaluations of those around us.
Whether we’re conscious of it or not, social media has become a means of “marketing” our best selves to the outside world and our online personas reflect how we want others to perceive us. The more likes and positive reactions we receive on, for example, an Instagram picture, the more we will post and try to shape our personal brand in order to re-evoke this positive response. The takeaway: every social media interaction shapes our self-perception, even if it’s in the slightest bit.

You scratch my back, I scratch yours

First proposed in 1971 by American evolutionary biologist Robert Trivers, the concept of “reciprocal altruism” – a kind of real-life “tit for tat” – suggests that the act of helping another while incurring some cost for the act developed from the expectation that it is beneficial to us to incur this cost if there is a chance of that person one day returning the favour.

When the notion of mutual indebtedness is applied in the context of a cyber community, where engagement is essentially the “currency” to hand, implicit in the “rules” of virtual trade becomes the agreement that by re-tweeting other people’s posts, “liking” their links and commenting on their blogs, they’ll repay the same in kind.

Me, my selfie and I

The idea of keeping up appearances is not unique to social media; from job interviews to meeting new people for the first time, it’s only natural that we put our best selves forward. Edward Tory Higgins, Professor of Psychology at Columbia University in America, claims we all identify with three different types of self: the actual self, or the person we perceive ourselves to actually be; the ought self, which is based on who we believe we should be; and the ideal self, which is shaped by our hopes, wishes, and aspirations – the person we want to be.

While there is no denying that posting a picture online and receiving likes and comments is one of the most instant – and measurable – forms of external validation, in this respect, social media has made it all too easy to choose the path of instant, short-term gratification, with the ideal or online self often taking precedence over the actual self. However, according to Higgins’ Self-discrepancy Theory, the wider the perceived gap between, say, our actual and our ideal self, the more prone we are to feeling empty and unfulfilled in the long term.

“Achieving and maintaining a positive self-image in the social-media age is not necessarily about quitting Facebook, Instagram, or Twitter,” says Higgins. “Rather, it is about readjusting our perceptions of the online world and finding a balance between digital and real life.”

How to make the most of your gap year

Understanding the brain: The work of neuropsychologists