How to deal with sibling rivalry between your kids 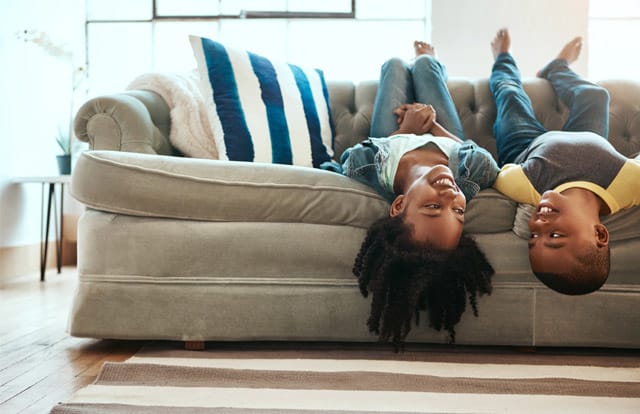 Registered social worker Pauline Sevitz discusses the roots of sibling rivalry, and how parents can use their experiences with their own siblings to curb or positively redirect rivalry between their children.

As Pauline Sevitz points out, sibling rivalry dates back as far as time. Think Cane and Abel, Mary and Anne Boleyn, Venus and Serena Williams. In fact, sibling rivalry is even common among some animal species – a black eagle mother, for instance, lays two eggs, and the first-hatched chick pecks the younger one to death within the first few days!

What is sibling rivalry?

‘In psychological terms, sibling rivalry refers to competition or animosity between blood relations or even blended families,’ continued Sevitz, explaining that ‘siblings generally spend more time together during childhood than they do with parents and, in these days of dual-income families and even child-headed households, this is more than ever the case.

‘The sibling bond is a complicated one, influenced by factors such as parental treatment, birth order, personality, and people and experiences outside the family,’ she went on, adding that research shows that sibling rivalry is particularly intense when children are very close in age and of the same gender. ‘Studies also show that sibling rivalry is more prevalent between brothers than sisters and is most severe between twins.’

How then do we draw on our own, sometimes painful, experiences as a sibling to effectively stop our kids from killing one another? Sevitz had the following suggestions:

1. Understand that sibling rivalry is normal

David Levy coined the term ‘sibling rivalry’ in 1941, claiming that, for an older sibling, ‘the aggressive response to the new baby is so typical that it is safe to say it is a common feature of family life.’

‘Much of sibling rivalry has its roots in the process of individuation and separation, as each child in a family competes to define who they are as individuals and as beings separate from their siblings yet still a part of the family unit,’ says Sevitz.

She refers to the work of Judith Dunn, an author and professor of developmental psychology at King’s College London, who argues that competition and rivalry between siblings begins at a very early age. ‘From three years old, children have a sophisticated grasp of social rules and know their “role” in the family. They also know just how to comfort a sibling, on the one hand, and, on the other, how to be unnervingly mean to a brother or sister,’ Sevitz says.

She explains that when peers take on added value in the adolescence phase, the sibling relationship is affected once more: ‘While the older sibling is attempting to establish a sense of belonging outside the family, the younger sibling may well feel abandoned or betrayed.’

Other milestone events that test sibling relationships identified by Sevitz are the marriage of one sibling or the death of the parents: ‘Such occasions have the power to bring siblings that much closer but, unfortunately, also to irreparably severe their bond.’

‘Children get labelled from an early age – “the clever one”, “the difficult one”, “the pretty one”, “the baby”,’ says Sevitz adding that, of course, such labelling is generally not done deliberately by parents. ‘But the fact remains that these labels frequently stay with us right into adulthood. Have you ever noticed how, when adult children are together in the parental home, no matter how accomplished or mature they are in their separate lives, they tend to revert back to their childhood “roles”?’

Don’t also make the mistake of thinking that because one child has a particular talent, another cannot share it. ‘There can be more than one “gifted piano player” in the family, even if this means buying two pianos,’ says Sevitz, adding that, by the same token, it is also very important for parents to celebrate the differences between their children.’

While not picking favourites can be easier said than done (you may relate more to one of your children than another or simply share similar personalities), showing preferential treatment is asking for trouble. Sevitz once more refers to Dunn’s findings that even from as early as age one, children are sensitive to parents favouring one sibling over another and, by the age of 18 months, the unwritten codebook of sibling ‘rules’ is established.

She also points out that grandparents have an important role to play when it comes to choosing favourites: ‘The firstborn child of a favoured son, for instance, who gets the lion’s share of Granny’s attention, can be a cause of much pain for his younger siblings.’

Stop trying to rescue your more vulnerable child, Sevitz insists. ‘Your role as a parent is to teach your children effective conflict resolution, but not to fight the fight for them. Only step in if there’s a danger of physical harm. If you always intervene, you risk creating other problems. The kids may start expecting your help and wait for you to come to the rescue rather than learning to work out the problems on their own. There’s also the risk that you – inadvertently –make it appear to one child that another is always being “protected”, which could foster even more resentment. By the same token, “rescued” kids may feel that they can get away with more because they’re always being “saved” by a parent. If you do have to step in, your role is that of facilitator, trying to resolve problems with your kids, not for them.’

The way that parents resolve problems and disagreements sets a strong example for kids, says Sevitz. ‘So if you and your spouse work through conflicts in a way that’s respectful, productive, and not aggressive, you increase the chances that your children will adopt those tactics when they run into problems with one another. If, however, your kids see you routinely shout, slam doors, and loudly argue when you have problems, they’re likely to pick up those bad habits themselves.’

How to study for exams: Essential tips for mastering matric

The qualities of high achievers