The Connection Between Social Media & Identity Development in Adolescents 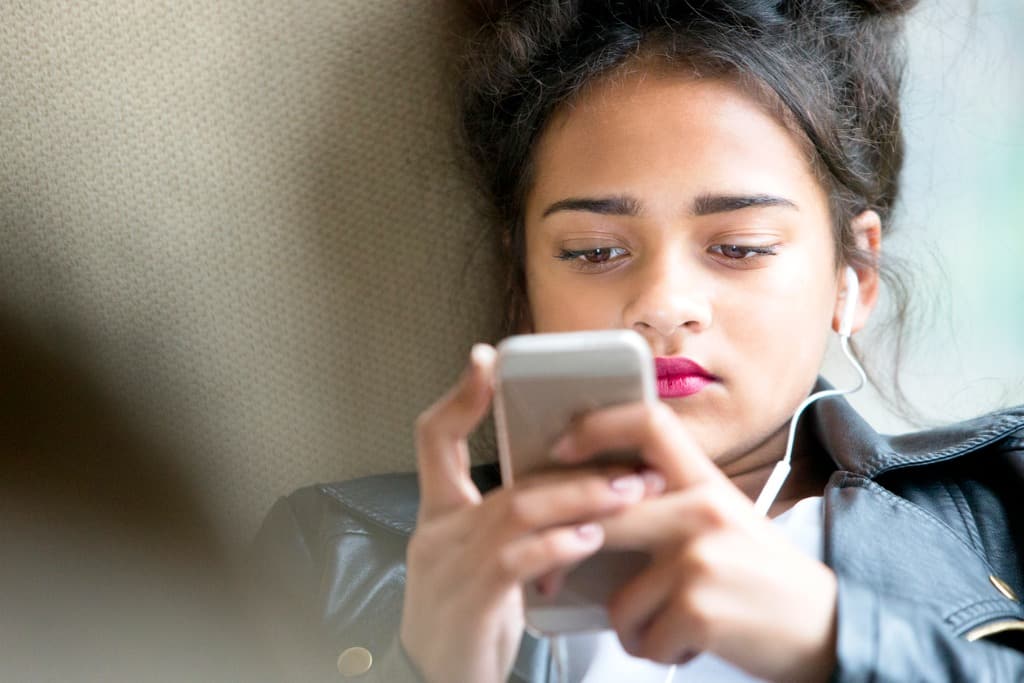 Our sense of identity is largely shaped during our formative years – it’s a period of our lives when we’re vulnerable and questioning everything from our interests to body image. But many experts worry that there’s a connection between anxiety and low self-esteem and the increased use of social media.

Socialising online has become the norm and while the level of connectivity we have today has many benefits, it could come with drawbacks for younger viewers, especially in light of the fact that social media has been the primary form of communication throughout the pandemic.

Our formative years are critical to building self-confidence. It can be tough during a period where hormonal changes alter one’s appearance and can make teens feel uncomfortable in their own bodies. Social media can exacerbate these issues, giving teenagers the opportunity to not only compare themselves to their peers but to people from all over the world.

Most teens will be familiar with the notion of wanting to delete that picture they don’t like or a less than flattering video gets posted. Over time, this can lead to teens feeling like they need to meet unrealistic standards, depleting their confidence and self-esteem.

A lack of real connection

Teens today can spend hours online, texting or scrolling through social channels such as Instagram. Before the likes of Facebook and TikTok came along, teens would likely have spent more time talking on the phone or meeting up in person to hang out, but there’s the issue of a lack of real connection for teenagers now which could impact their social skills.

Modern adolescents are missing those all-important in-person interactions which are crucial for their development. Digital communication is no replacement for building relationships in person. It can hinder teenagers’ ability to read non-verbal communication skills, something that the pandemic has already had an impact on through the wearing of masks.

When friendships are built exclusively online, teens are stripped of the more personal, and often vulnerable, aspects of communication that are vital for building their confidence. And, since conversations aren’t happening in real time, there’s the opportunity to consider responses for longer.

Direct communication that occurs in real time can feel too intense for many teens, since it requires an immediate response. As we start to socialise more in person again after numerous lockdowns, teens are more likely to struggle.

One of the biggest dangers of increased social media use among teens is that the risk of cyberbullying increases. When you’re messaging over a digital platform, there’s less at stake – you’re not seeing or hearing the impact your words are having. This can lead to teens being more cruel than they would perhaps be in real life.

Due to the unprecedented screen time that kids have had access to during the pandemic, the threat of cyberbullying has increased considerably – in fact, research suggests that 54% of South African parents know of a child who has suffered from cyberbullying.

What social media is teaching teens is that they can say whatever they’re thinking, without consequences – something girls are particularly at risk of. Girls are socialised to compare themselves to others more than boys, and this can lead to relational aggression that comes from insecurity and comparison, bringing others down to make themselves feel better.

While adolescents have always done this, social media has created more opportunities for added pressure, coupled with the rising use of filters and photoshopped images that can create a false appearance. The result is ‘Imposter Syndrome’ – a disconnect between who you appear to be online and who you think you are in real life.

While there’s certainly plenty to be cautious of when it comes to social media, it’s not all bad news. In fact, social media has its benefits when it comes to identity building for adolescents. Some studies have shown that it can be more beneficial when compared to traditional forms of advertising.

These platforms are omnipresent in the lives of young people now and they’re an essential part of socialising and communication for young people. What differentiates social media from traditional forms of marketing is the active role they play in what they consume and post, and who they choose to follow.

Social media provides a platform for teens and young people to have a voice – something that’s incredibly valuable during their formative years when they are finding out who they are and what they value. It’s a way for young people to learn about other cultures, connect emotionally with other people their age and is a place where reserved, socially anxious individuals can feel comfortable practising their social skills.

As with everything in life, social media use is all about balance. But, in order for young people to experience the benefits that these platforms have to offer, they need to be educated in how to use them properly. Digital literacy is essential to guide adolescents in the right direction, and to protect young people from the damage that social media can cause, adults (both at home and at school) need to familiarise themselves with the risks and stay informed so they can educate younger generations in becoming discerning digital citizens.

The impact of social media on adolescents

Social media certainly has its plus points, but there are concerns over the growing number of hours teens spend scrolling through apps and messaging instead of building in-person relationships. The impact it can have on a teens ability to build their sense of identity, self-esteem and social skills can be devastating.

Combined with the difficulties brought on by the pandemic, we’re now facing an increase in poor mental health among teenagers, something that’s been aggravated by the increased use of social media and cyberbullying.

Teens need to prioritise in-person socialising now that lockdowns are starting to lift and to be cautious of how much time they’re spending using social media, so as not to hinder their development or sense of self.

Do you have an interest in improving the mental health of adolescents? SACAP offers a range of courses on a part and full-time basis. Book an appointment with and admissions officer for more information to start.

Can Stress Cause Panic Attacks?