Dancing can reduce the signs of ageing in the brain 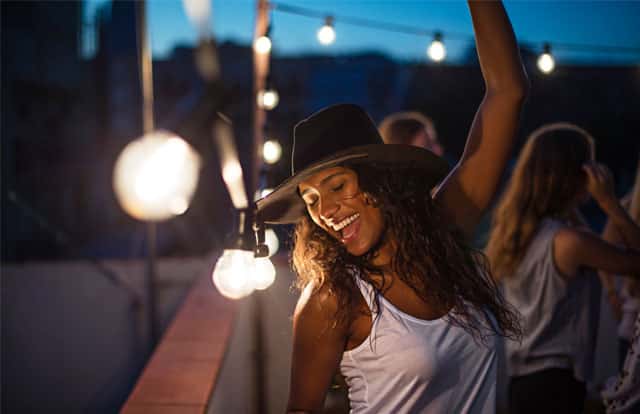 From increasing empathy and boosting mood to improving cognitive ability and reversing the signs of ageing, here are five good reasons to hit the dance floor.

From weddings and parties to Zumba classes, moving our bodies can do a lot to lift our spirits. It turns out there is a scientific explanation behind those mood-boosting moves, and there are ways we can use dance to improve our mental health.

Here, five psychological reasons to haul out those dancing shoes and hit the dance floor this holiday season:

1. Dancing makes us more sensitive to the emotions of others

Researchers at City, University of London, and the University of the Balearic Islands tested the response of 19 ballet dancers and 24 people with “no dance experience” to videos of ballet dancers expressing a range of emotions through different movements. Perhaps unsurprisingly, they found the ballet dancers were better at recognising the emotions on display and also had a strong physical reaction to them, which the researchers measured by using electrodes to detect sweat on the participants’ fingers. The test subjects were also asked to rate their emotional response and say whether the movements made them happy or sad.

Dr. Julia Christensen, of the Cognitive Neuroscience Research Unit and Autism Research Group at City, said: “The interesting thing about this study is that the dancers not only detected the emotions better, but their bodies would also respond more sensitively to the displayed emotional movements. In particular, we saw that dancers’ bodies differentiated between different emotions that were expressed in the clips, whereas the controls didn’t exhibit that difference. The evidence suggests that training in the physical expressions made the dancers more sensitive to them.

“As a result, this indicates an interesting possibility that the neurocognitive mechanisms that make people more sensitive can be trained. Our research also indicates that dance training might be a way to make you more aware of emotions.”

Swedish researchers studied more than 100 teenage girls who were struggling with issues like depression and anxiety. Half of the girls attended weekly dance classes, while the other half didn’t. The results showed the girls who took the dance classes improved their mental health and reported a boost in their mood. These positive effects lasted up to eight months after the dance classes ended.

“You appear to get a much bigger release of endorphins when you dance than during other forms of exercise,” explains dance psychologist Dr. Peter Lovatt of the University of Hertfordshire. “It also connects with the emotional centres in the brain. For many people, dancing prompts an emotional release – often that’s uncomplicated happiness, while for some it can make them cry. It’s cathartic – a letting go of pent-up emotions.”

Experiments have also proved the cognitive benefits of dancing. University researchers at York and Sheffield took a group of people and sent each of them into a lab where music was played for five minutes. Each had to choose from three options: to sit and listen quietly to the music, to cycle on an exercise bike while they listened, or to get up and dance. All were given cognitive tasks to perform before and after. And all those who chose to dance displayed improved problem-solving skills afterwards.

Aside from the benefits of movement and music, dancing also allows us to become more connected and social. “It’s scientifically proved that dancing helps with social bonding,” explains Dr Lovatt. “The synchrony involved in dancing to a beat along with other people is a powerful way for humans to connect.”

Making new friendships or reconnecting in an old relationship can be a wonderful side effect of dance. In turn, these social interactions can go a long way in improving mood and mental health.

Studies reveal that older people who regularly participate in physical exercise can reverse the signs of ageing – both mental and physical – in the brain. But, according to a new study, dancing has the most profound effect of all the activities.

Elderly volunteers joined the study conducted at the German Centre for Neurodegenerative Diseases. They were assigned either an 18-month weekly course of learning dance routines or endurance and flexibility training. Researchers found both groups showed an increase the one of the areas of the brain – the hippocampus, an area that controls memory, learning and balance. This area can be prone to age-related decline and is affected by forms of dementia, including Alzheimer’s disease. Interestingly, however, only dancing corresponded to a noticeable difference in behaviour. This difference is attributed to the extra challenge of learning dancing routines.

Says Dr. Kathrin Rehfeld, lead author of the study: “I believe that everybody would like to live an independent and healthy life, for as long as possible. Physical activity is one of the lifestyle factors that can contribute to this, counteracting several risk factors and slowing down age-related decline. I think dancing is a powerful tool to set new challenges for body and mind, especially in older age.”

The nature of the human mind is a fascinating topic, one you can learn more about by studying psychology at SACAP. There is a range of psychology courses available, many of which can be studied part-time or full-time, and all of which can help pave the way for a career in psychology. For more information, enquire now.

Are we ready to coach the Millennials?