Existentialism vs essentialism: the psychology of existence 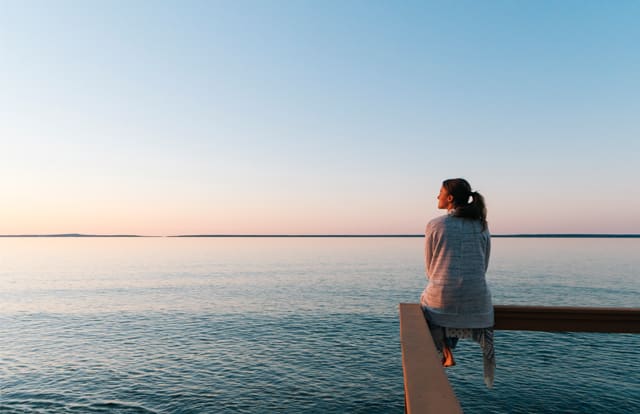 Is there an ‘essence’ to our existence, or do we merely exist? We explore the essentialism versus existentialism debate, and how it relates to psychology.

Do you believe every being has an inherent purpose, or that we each have the freedom (and responsibility) to determine our own fate? This is the crux of the debate between the essentialist and existentialist worldview. Here we explore the difference between those two philosophies, and how they relate to the field of psychology.

The essence of the debate

The existentialist worldview proposes that our life has no predefined purpose; we merely exist. The upside of this take is that we have free will to determine not only our fates, but our personality, values and worldview. Nothing is decided for us.

The essentialist worldview claims that there is an “essence” to our being, an aspect of ourselves that precedes our birth and plays a role in determining our future.

At first glance, it may seem that essentialism applies only in the domain of religion and spirituality. However, a scientific-minded person who believes that the DNA passed down to us by our parents plays a significant role in determining our future could also be called an essentialist.

The philosophy of metaphysics

The conflict between essentialism and existentialism forms part of a branch of philosophy called ‘metaphysics’, which Aristotle called ‘first philosophy’ as it deals with “first causes and principles of things”.

The essentialist view can be traced as far back as the Ancient Greek philosophers Socrates, Plato and Aristotle, all of whom believed in the existence of the soul. Plato believed that when a person died, their soul moved into another body. Aristotle believed that some of the attributes of a thing may be essential, in that it would not be what it is without them.

The existentialist worldview emerged in the early to mid-twentieth century, with a famous proponent being the French writer and philosopher, Jean-Paul Sartre. Sartre claimed in a lecture given in 1946 that “man first of all exists, encounters himself, surges up in the world – and defines himself afterwards. If man as the existentialist sees him is not definable, it is because to begin with he is nothing”.

Interestingly, Sartre believed that humanity viewed free will as a burden, saying in his lecture: “…man is condemned to be free. Condemned, because he did not create himself, yet is
nevertheless at liberty, and from the moment that he is thrown into this world he is responsible for everything he does.”

Essentialism versus existentialism: The implications

Existentialism and essentialism each have positive and negative aspects, in terms of how they might affect a person’s emotional wellbeing. For some people, the existentialist worldview can be liberating, knowing there are no rules; but for others it may be anxiety provoking to believe that they are ultimately responsible for making their own lives meaningful.

Essentialism, on the other hand, provides the comfort of belief in a plan, an order to things; but it can also lead people to put themselves in boxes and ignore the human capacity for fluidity. Sartre called this mauvaise foi (‘bad faith’), and gave the example of a waiter who is so convinced he was born to be a waiter, that he refuses to explore his potential in other areas. In Sartre’s own words: “As far as men go, it is not what they are that interests me, but what they can become.”

Many people probably struggle with issues pertaining to this very debate, without even being aware of the terms ‘existentialism’ and ‘essentialism’ and what they mean. Seeking direction and meaning in life is something that individuals might seek the services of a counsellor for to explore their own existence and purpose.

Examples of existentialist and essentialist thinking in psychology

The field of psychology overlaps with many other areas of study, including philosophy; although it is more concerned with the cognitive aspects of essentialism and existentialism. Some areas of interest include:

Historically, some approaches in psychology support aspects of essentialism, or the belief that some aspects of our lives are pre-determined, at least to some degree. The biological or medical approaches provide psychology with a broad framework for understanding mental illness through neuropsychology, genetics and evolutionary theory. For example, we have learned that like breast cancer and Parkinson’s disease, some mental illnesses are considered highly heritable. These frameworks are very helpful, because they help us advance our physiological understanding of how mental illness manifests our bodies and develop preventative measures against them.

Over time however, while it has become clear that human physiology and genetics play a role in the development of mental illnesses, contemporary psychology considers the environment in which we develop at least equally important. The diathesis–stress model is a theory that suggests that while we all might have different predispositions to develop mental illness based on our biological and genetic make ups, it is ultimately stressors from the environment that serve as triggers. This means that even someone who is considered to be at a high risk of developing a mental illness due to genetic factors could never develop one and visa-versa.

As is usually the case with psychology, a holistic picture of an individual is always most valuable, moving us away from essentialist views towards a more integrated approach.

There is an approach to therapy called ‘existential therapy’, which emphasises client responsibility and freedom. This is in contrast to, say, Freudian psychoanalysis, which posits that the root of the client’s problems lie in their unconscious mind, rather than their conscious decision-making. An existential approach is rarely employed on its own, but is rather a position that a therapist takes that focuses on increasing the client’s self-awareness, and developing their ability to make responsible choices.

The existential approach falls under the umbrella of humanistic psychology which emphasises the power of free will. The United States National Centre for Biotechnology Information (NCBI) website states: “Humanistic and existential approaches share a belief that people have the capacity for self-awareness and choice.” Humanistic approaches also tend to believe that human beings are inherently good, and have a natural desire to achieve self-actualisation or the fulfillment of one’s true potential.

Psychology is a broad field of study that incorporates a wide range of topics. If you have your own theories on how the tenets of philosophy can factor into the discussion, you should consider studying psychology at SACAP. Psychology courses on offer include part-time, full-time and online options, and can pave the way for a career in psychology, or provide valuable skill sets that can be utilised in other career paths. For more information, enquire now.

What you need to know about being an educational psychologist