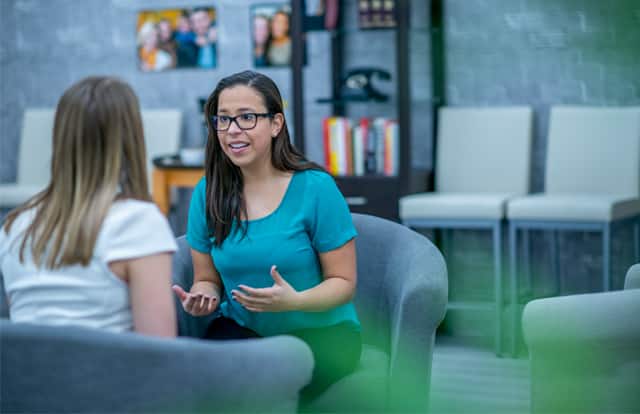 While many question the effectiveness of Freud’s methods, few can deny his profound influence on the field of psychology, and Western culture as a whole.

Austrian neurologist Sigmund Freud, the founder of psychoanalysis, had a profound impact not just on the psychology profession, but on Western culture as a whole. Common phrases like “Freudian slip”, “defence mechanism”, and “phallic symbol” show that Freud, much like Shakespeare, has permeated our cultural lexicon to an extent that most people don’t even realise.

While many claim that advances in the field have rendered the psychoanalytic method redundant, few would deny the importance of Freud’s contributions. Here are the ways in which his theories helped to shape modern-day psychology.

The theories behind Freudian psychoanalysis

The fundamental principle behind psychoanalysis is the belief that dysfunction and disorders can be treated by bringing unconscious elements, such as repressed fears, desires or memories into the conscious mind, thereby allowing the client to achieve ‘catharsis’ (the release of strong or repressed emotions). This is achieved through talk therapy, with a particular emphasis on free association (more on that later).

But behind the psychoanalytic method lies the revolutionary theories that Freud developed, profoundly altering our understanding of human nature in the process. For example:

The theory of the unconscious mind

The idea that there is a portion of the human mind operating at an unconscious level, containing memories, fears and desires that are affecting our daily functioning in ways we are not aware of, is a profound insight that brought about a seismic shift in our understanding of human psychology. The oft-used analogy is that of the mind being like an iceberg, with the conscious mind being merely the tip.

Freud did not invent the idea of the unconscious; it can be traced all the way back to Ancient Greek physicians, and Freud himself credited French psychologist Pierre Janet with laying the foundation for his own research.

But Freud certainly popularised the concept, and made it a central feature of psychology. According to the New World Encyclopedia, the suggestion that human behavior was influenced by unconscious thought processes challenged the dominant 19th-century creed of positivism, and its belief that “people could ascertain real knowledge concerning themselves and their environment and judiciously exercise control over both”.

While many of Freud’s theories are regarded with skepticism nowadays, his theory of the unconscious mind is probably the most widely accepted, though many question his proposed methods for accessing it.

Furthermore, the function of the unconscious mind remains a topic of debate, with cognitive psychologists suggesting that automated neurological processes, rather than repressed memories, make up the bulk of it. Saul Mcleod, a tutor and researcher from The University of Manchester, Division of Neuroscience & Experimental Psychology, writes that “the mind operates most efficiently by relegating a significant degree of high level, sophisticated processing to the unconscious”.

The theory of personality

As well as dividing the mind into the conscious and unconscious, Freud theorised that the personality was composed of three elements. The id represents our base instincts and desires. It is the “animalistic” part of our personality, which constantly seeks instant gratification of its needs. The superego is the counter to the id and represents the values and expectations of our society and culture. Lastly, the ego is the mediator between the two, attempting to fulfil the desires of the id in ways that are acceptable to the superego.

Freud maintained that the id and superego lay in the unconscious mind, while the ego was part of the id that had been exposed to the external world giving it one thing that the id and the superego do not have: an understanding of reality. This means that when our id and superego are unconsciously fighting about whether or not we should take our co-worker’s sandwich because we are hungry, our ego will try find a realistic way to please both – we’ll go and make our own sandwich.

The theory of psychosexual development

Freud famously emphasised the role of sexuality in human development, such that even people unfamiliar with the finer details of Freudian theory are at least aware of his association with the topic of sex.

Freudian theory suggests that the most critical developmental period occurs in the first five years of life, and that many of our problems can be traced back to the inability to successfully navigate one or more of the psychosexual stages that occur during this phase.

For example, Freud saw acts like biting nails and sucking thumbs as a fixation on a phase where a child’s pleasure primarily came from their mother’s breast. He thought that if their needs were not sufficiently satisfied during that period or if they were overindulged, it would emerge later on in life as an oral fixation: where comfort was sought through occupying the mouth with things like smoking, drinking and eating.

Naturally, the theory of psychosexual development is one of the most controversial aspects of Freud’s legacy, as is his general emphasis on sexual drive as a motivating factor in human development. Critics point out that his focus is primarily on male development, with female sexuality being largely ignored, or portrayed as a passive receptor for male libido (Freud himself seemed to acknowledge his lack of expertise in this area, when he referred to female sexuality as a “dark continent”).

However, Freud’s important contribution in this regard was to highlight early childhood as a critical stage of human development, particularly in how our relationship with our parents or caregivers might have a profound effect on our relationships, well into adulthood. Whether or not his theory of psychosexual development has any legitimacy, the focus on childhood experiences as a potential contributor to the psychological difficulties that many people experience later on in life remains a fundamental pillar of psychological understanding.

Free association, and the significance of dreams

Freud called dreams the “royal road to the unconscious”, believing that unconscious fears and desires could be revealed through analysis of dreams. He also made ‘free association’, where the patient is encouraged to say whatever pops into their mind, a key psychoanalytic method.

His views regarding the significance of dreams are subject to the same criticisms as his theory of personality; namely the lack of scientific basis, and his reliance on subjective interpretation. Psychologists argue that dreams could be influenced by multiple factors, with one possible explanation being that they are simply the byproduct of brain waves that occur during the REM sleep cycle.

As for free association, it remains one of many tools available to therapists, though modern psychologists acknowledge its many limitations, such as the inability to differentiate between real and imagined memories, and the potential for the therapist to influence the client with leading questions.

Debate continues as to whether Sigmund Freud’s theories remain relevant in a modern context. Kendra Cherry, psychology author and educator, suggests that Freud’s psychoanalytic method has been supplanted by advances in cognitive psychology, biopsychology and neuroscience.

Criticisms of Freud revolve around his reliance on case studies, lack of empirical basis for his theories, and the emphasis what goes on inside our heads, rather than what is going on around us.

But most psychologists acknowledge his immense influence on the profession, as well as the value of his contribution. Kendra Cherry writes: “His approach to therapy – the suggestion that mental illness was treatable and that talking about problems could bring relief – was a revolutionary concept that left a lasting mark on how we approach the treatment of mental illness.”

Perhaps his greatest contribution was in defining the role of the psychologist as someone who listens without judgement, and who treats their patient as someone who needs help and guidance, rather than someone who has morally transgressed in some way.

If the field of psychology interests you, you should consider studying at SACAP (South African College of Applied Psychology), so you can learn more about how the work of Sigmund Freud, and others like him, have helped to advance our understanding of human behaviour. SACAP offers a range of psychology courses, including part-time and full-time as well as online options. For more information, enquire now.