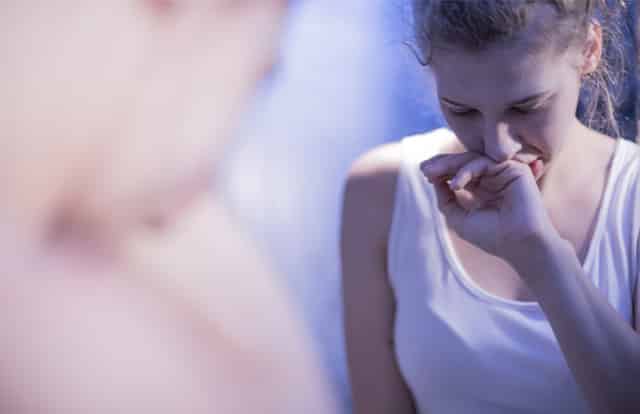 Childhood trauma isn’t something you just grow out of

The repeated stress of abuse, neglect and parents struggling with mental-health or substance abuse issues has real, tangible effects on the development of the brain.

In fact, psychologists have found that the post-traumatic stress symptoms of a painful childhood unfold across a lifetime to the point where those who’ve experienced high levels of trauma are at triple the risk of heart disease and lung cancer.

On PTSD Awareness Day, we examine the research that links post-traumatic stress disorder, caused as the result of childhood trauma, and serious physical health problems.

From 1995 to 1997, doctors at the Centers for Disease Control and Prevention in the US asked 17,000 adults about their history of exposure to what they called “adverse childhood experiences”, or ACEs. Those included physical, emotional, or sexual abuse; physical or emotional neglect; parental mental illness; substance dependence; incarceration; parental separation or divorce; or domestic violence. For every “yes”, the respondents would get a point on their ACE scores and, when they did, the researchers correlated these scores against health outcomes.

Their findings were striking on two counts. First, they discovered that ACEs are incredibly common. As much as 67% of the population had at least one ACE, and 12.6% – one in eight – had four or more ACEs.

Of course, you might say, this makes sense. You have a tough childhood and you’re more likely to drink and smoke and do all the things that are going to ruin your health. This isn’t science, it’s just bad behaviour.

However, this is exactly where the science comes in, says American paediatrician Dr Nadine Burke Harris, who founded the Center for Youth Wellness in San Francisco, an organisation that seeks to treats toxic stress in children. “We now understand better than we ever have before how exposure to early adversity affects the developing brains and bodies of children. It affects areas like the nucleus accumbens, the pleasure and reward centre of the brain that is implicated in substance dependence. It inhibits the prefrontal cortex, which is necessary for impulse control and executive function, a critical area for learning. And on MRI scans, we see measurable differences in the amygdala, the brain’s fear response centre. So there are real neurologic reasons why those exposed to high levels of trauma are more likely to engage in high-risk behaviours.”

However, Dr Burke Harris explains that even if early trauma sufferers don’t engage in high-risk behaviour, they are still more likely to develop heart disease and cancer. “The reason for this has to do with the hypothalamic-pituitary-adrenal axis, the brain’s and body’s stress response system that governs our fight-or-flight response,” she says.

How does it work? Well, imagine you’re walking in the bush and you see a lion. Immediately, your hypothalamus sends a signal to your pituitary, which sends a signal to your adrenal gland that says, “Release stress hormones! Adrenaline! Cortisol!” And so your heart starts to pound, your pupils dilate, your airways open up, and you are ready to either fight that lion or run from it.

Now this is all very helpful if you’re in the bush and there’s a lion. But it’s more problematic if that lion comes home every night, and this system is activated over and over and over again. “Eventually, it goes from being adaptive, or life-saving, to maladaptive, or health-damaging,” says Burke Harris. “Children are especially sensitive to this repeated stress activation because their brains and bodies are just developing. High doses of trauma not only affect brain structure and function, they affect the developing immune system, the developing hormonal system, and even the way the DNA is read and transcribed.”

According to Burke Harris and her colleagues, this is how post-traumatic stress disorder that results from a troubled childhood differs from that which is caused by, say, witnessing a death or being involved in a car accident. Traumatic as such experiences are, roughly 80% of people exposed to them do eventually recover, according to a study in the Journal of Behavioral Medicine. Indeed, if you consider the extreme hardship and violence of our pre-history, it makes sense that humans are able to sustain enormous psychic damage and continue to function; otherwise our species would have died out long ago.

However, research conducted by the Institute of Medicine and the National Research Council in the US found that, statistically, people who fail to overcome trauma tend to be those who are already burdened by psychological issues – either because they inherited them or because they suffered the trauma as children. Children who experience the death of a loved one, or even those who aren’t held enough, are up to seven times more likely to develop the kinds of anxiety disorders that can contribute to PTSD, according to a study in The British Journal of Psychiatry.

Are you fascinated by the workings of the human brain? Do you want to understand people and the experiences that shape them? You may be well suited to a career in psychology.  The South African College of Applied Psychology offers an array of courses, such as the Bachelor of Applied Social Science and the Bachelor of Psychology – all of which can serve as the springboard for careers in a wide range of fields. For more information, enquire today.

Why “Just do what you love” is terrible career advice