The 10 most notable types of personality disorders 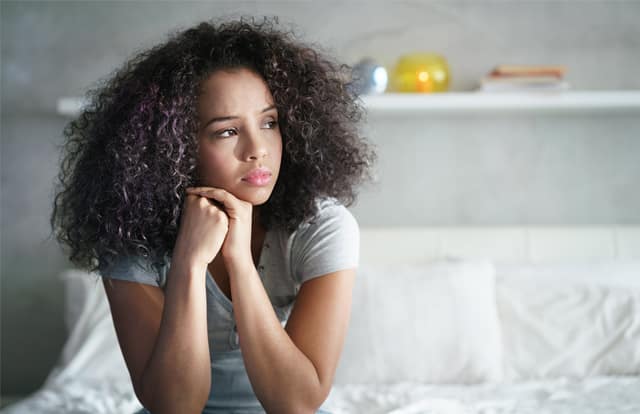 Ten notable types of personality disorders have been identified. Here are their key characteristic and the way in which they impact behaviour.

Each individual is unique and, as a result, we each have our own way of thinking, feeling, behaving and reacting. Combined, these different elements make us who we are. What happens if something goes wrong? If how we think, feel, behave and react malfunctions and, in doing so, affects our lives, work and relationships? When this pattern or ‘malfunction’ repeats itself regularly it may be an indication of a personality disorder.

These personality disorders are often diagnosed as a result of odd and eccentric behaviour. Social awkwardness, social withdrawal and distorted thinking are the most common features of the disorders in this cluster. Cluster A consists of the following:

Often characterised by an extreme lack of trust and suspicion of others. People with Paranoid Personality Disorder believe that the majority of people around them actively want to hurt them. As a result, they often keep to themselves and go to great lengths to ensure their personal safety They seldom develop close relationships. Instead their lives are dominated by disordered thinking, distrust and hostility.

A fairly rare disorder characterised by social detachment and a restricted emotional range. People with Schizoid Personality Disorder tend to be loners, isolating themselves from others. Many have difficulty in reading social and emotional cues and, as a result, they often appear socially inept and aloof.

People diagnosed with Schizotypal Personality Disorder have extreme social and interpersonal limitations. They are often extremely uncomfortable in social situations and have a limited capacity for close relationships. In addition to this they can suffer from perceptual abnormalities such as seeing flashing lights that are non-existent. Some have strange superstitious beliefs or fantasies, believing for example that they can read minds or that someone is trying to steal their thoughts.

Cluster B is known as the dramatic, emotional and erratic cluster. These disorders are characterised by difficulties with impulse control and emotional regulation. Cluster B is made up of the following disorders:

Borderline Personality Disorder is one of the most studied personality disorders and is found predominantly in women, although more and more men are being diagnosed with it. It is characterised by extreme, rapidly changing moods, distorted thinking, impulsive behaviour and self-harm.

People with Narcissistic Personality Disorder have significant problems with their sense of self-worth stemming from a powerful sense of entitlement. They see themselves as uniquely special, talented, brilliant or attractive. They have little regard for others and instead view relationships as a means to an end. They are usually very materialistic and aware of social status.

Extreme emotionality and attention seeking behaviour are the key characteristics of Histrionic Personality Disorder. People diagnosed with this disorder are often only comfortable when they are the centre of attention. They struggle to form healthy relationships and their lives are full of drama.

People with Antisocial Personality Disorder show complete disregard for the rights of others. Their behaviour is manipulative, deceitful and often aggressive. They struggle to feel empathy or remorse and their actions often amount to bullying, vandalism and the abuse of animals. When symptoms of Antisocial Personality Disorder appear in juveniles it is diagnosed as Conduct Disorder. Conduct Disorder is the precursor of Antisocial.

Feelings of inadequacy, hypersensitivity to criticism and a fear of social situations are characteristics of Avoidant Personality Disorder. People with this disorder are so fearful of being criticised, rejected or ridiculed that they often avoid social interactions. Their interpretation of the world around them is based on the intrinsic belief that they are not good enough and that others don’t like them.

The core of this disorder is an incredibly strong need to be taken care of by others. This dire need coupled with the fear of losing support often results in clingy behaviour. In their attempts to avoid losing their ‘care giver’ people with Dependant Personality Disorder struggle to stand up for themselves and are often bullied and taken advantage of. People with this disorder cannot stand to be alone and should a caring relationship end they will immediately seek support elsewhere.

People with Obsessive Compulsive Disorder are driven by rules, regulations, orderliness and the need to control the environment around them. They are often extreme perfectionists who are rigid in behaviour with limited flexibility and, as a result, efficiency. They struggle to delegate, but often get lost in the details. Obsessive Compulsives can adopt certain behaviours as a way to feel like they are maintaining control.

It is important to remember that they above is an extremely brief summary of each personality disorder. The disorders themselves are multi-layered and complex and can only be officially diagnosed by a Psychiatrist. When reading this list keep in mind that we all display different behaviours belonging to the various personality disorders at certain times. In order to meet the diagnostic requirements of a personality disorder these traits must be inflexible and the cause of great distress or disfunction.

Child Abuse: The urgent need for crisis intervention in our schools

How to study for Matric Exams: 5 Essential Tips for Mastering Matric