How emotional neglect in childhood affects us as adults 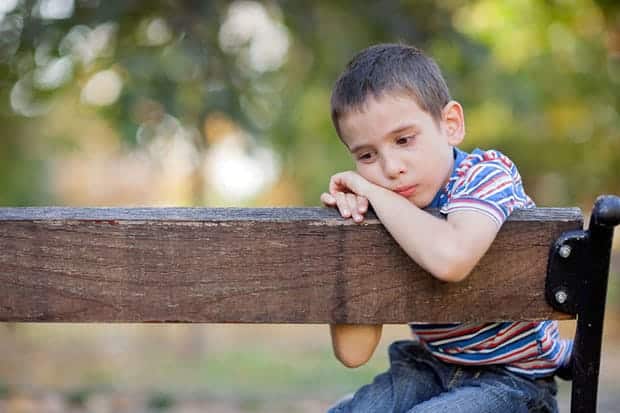 While the behavioural effects of childhood neglect are fairly well documented, a new study proves that children deprived of loving care actually have reduced white matter in crucial parts of their brains compared to those raised in a better environments.

In keeping with March’s designation as national Human Rights Month, and in light of the fact that South Africa has, according to Unicef, an estimated 3.7 million orphans, with 150 000 of these believed to be living in child-headed households, the results of this research has serious implications for the future wellbeing of our nation.

The study in question was conducted in an attempt to salvage something from the horrifying humanitarian disaster that occurred from the late 1960s, when, in an effort to increase population numbers, the Ceausescu government of Romania banned both contraception and abortion, leading to hundreds of thousands of abandoned children. Conditions in the institutions, wrongly called orphanages, in which these youngsters were kept were always dire, but became considerably worse in the 1980s as the country’s economy collapsed. What these institutions did provide, however, was a chance to determine the effects on children raised in conditions where nutrition and shelter were (sometimes) adequate, but caretakers had no time to provide meaningful human interactions, even if they wanted to. While the observations on the Romanian children are not surprising in light of the psychological effects of neglect, what these new findings have done is to identify and measure the specific areas of the brain most affected.

The Bucharest Early Intervention Project (BEIP), a joint collaboration between researchers at two top US Universities and the Boston Children’s Hospital, allocated a group of two year-old Romanian children randomly, so that some remained in institutions while others were placed in foster care. Several rounds of studies have been done on these children, who are now in their late teens, including, most recently, a comparison of images of the brains of the children at the ages of two and eight, taken by diffusion tensor imaging, a form of MRI. The sample included 26 institutionalised children, 23 who were given foster care from 24 months and 20 from a control group of the local community.

The scans indicated that those children who spent their childhoods in orphanages had significantly less developed white matter in at least four parts of the brain. Unsurprisingly, brain regions responsible for emotion were particularly heavily affected, but so were those associated with maintaining attention, cognitive functioning and even sensory processing.

“The study serves as a further reminder that meaningful human interaction is crucial to a child’s healthy development,” says psychologist Angela Hough-Maxwell, who conducted the Community & Health Psychology and Ethics & Professional Development modules that form part of SACAP’s Bachelor of Psychology Degree.

According to Hough-Maxwell, the so-called “mothering gestures” administered by a consistent, caring attachment figure – things like physical and emotional holding, containment, understanding, caring, mirroring, responding and loving – awaken subtle neuronal changes in the infant. “The baby begins to see because he is seen, he seeks contact and so learns to reach out, thereby developing new neural pathways. His awareness of his caregiver’s attention and the mirroring of his emotions also plays a significant role in the awakening of his senses, while loving is key to the development not only of a healthy central nervous system but also of a secure sense of self. Eventually, all these things lead to a recognition of the thoughts and feelings of others and, ultimately, the ability to empathise.”

Essentially, then, asserts Hough-Maxwell, all the development sequences of maturation are attachment contingent, or dependent, in other words, on effective dedication and attention between infant and primary caregiver. “Through his parent, a child has his first developmental steps witnessed, acknowledged and encouraged, and, by being soothed, learns emotional regulation. Consistent care also provides a calming of stress reactions and anxiety, which in itself allows for the optimal functioning of the brain and nervous system,” she adds.

Not only does emotional neglect in childhood have serious consequences, then, for both physical and mental development, but its effects are carried through into later life. “What we see in insecurely attached adults is an inability to form intimate relationships, addictions, anxiety disorders and the lack of a sense of orientation in life,” says Hough-Maxwell, adding that panic attacks, narcissistic or borderline disorders and chronic stress are also widely prevalent in adults who were emotionally malnourished as children.

But, while orphaned or abandoned children are at greatest risk of suffering from the effects of childhood neglect, children who come from seemingly healthy, happy families can also suffer neglect when parents fail to respond enough to their emotional needs. “The demands of modern life do not support attachment,” says Hough-Maxwell. “Technology, long work hours, dual-income households, stress… all detract from positive emotional nurturing.”

Encouragingly, though, at the age of eight, those Romanian children who had once been in the orphanage but were then placed in foster care were observed to show an improvement in the state of their brains’ white matter. In fact, the BEIP researchers observed that the brains of these children more closely resembled those of the children raised by their own parents, and concluded that the damage may be reversible if children receive good care from 24 months. The sad reality remains, however, that even if this proves right, it is not clear how late is too late to prevent lifelong injury.

The Positive Impact of Psychotherapy in Autism Treatment

Is it ethical for mental health professionals to diagnose public figures?