Humanistic psychology: An approach that emphasises free will. 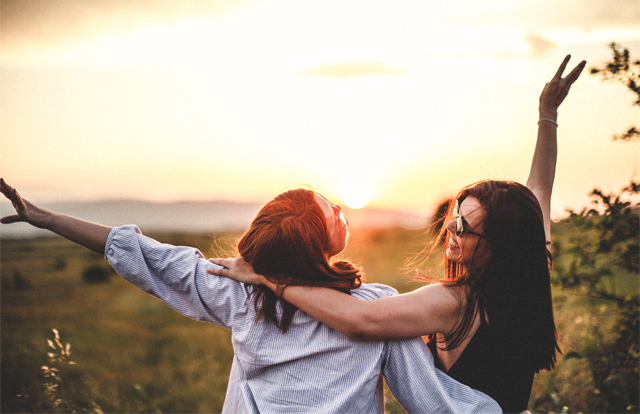 Humanistic psychology is an approach that embraces freedom of choice, creativity and self-awareness.

Psychology is an ever-expanding field, constantly seeking out new ways to understand one of the most powerful forces known to man: The human mind. Many great thinkers have devised methods for exploring the human condition, and their theories in turn prompt others to find alternatives. The end-result is that the psychology profession as a whole benefits from diverse ways of approaching and understanding health and wellness.

One such example of this is humanistic psychology, an approach to psychology that in many ways, is a direct response to the psychoanalytic approach of Sigmund Freud.

What is humanistic psychology?

Humanistic psychology, also called the ‘third force’ of psychology, emerged in the 1950’s – a reaction to the perceived ‘pessimism’ of the two dominant schools of psychological thought at the time; Freud’s psychoanalytic theory, and behavioral psychology.

It was primarily influenced by the work of psychologists Carl Rogers and Abraham Maslow (you may recognise the latter as the formulator of the ‘hierarchy of needs’ theory, which ties into humanistic psychology). They believed there was a need for a positive, uplifting form of psychology that focused on human potential rather than human ‘dysfunction’ (Freud’s speciality).

Thus humanistic psychology, where the emphasis is on the power you have over your own fate, rather than the ways in which your unconscious memories (Freud) or conditioning (behavioral psychology) are influencing your behaviour.

The principles of humanistic psychology

University of Pennsylvania psychologist Martin E.P. Seligman sums up the core philosophy of humanistic psychology as striving to express our authentic selves.

Other basic principles of humanistic psychology include:

You have free will, as opposed to Freud’s belief that your behaviour is largely influenced by unconscious processes that originate in early childhood
Human beings are fundamentally good
Human beings have a natural drive to achieve personal growth and self-development, in much the same way as any organism strives to achieve a more complex and evolved version of itself

How does Maslow’s hierarchy of needs fit in?

Each ‘need’ on the pyramid must be fulfilled before an individual can progress to the next level. Self-actualisation (realising one’s true potential) is at the peak of the pyramid, making it the highest aspiration, and ultimate goal of the individual, according to Maslow. Similarly, humanistic psychology is designed to help the client achieve self-actualisation.

The humanistic approach to therapy

Central to humanistic psychology is Carl Rogers’ ‘client-centered’ approach to therapy, which focuses on the client’s experiences.

Of course, you could say that all forms of counselling make the client the focus of the session, but what sets the client-centered approach apart is that the client is genuinely believed to be the authority on their self and already in possession the resources they need to solve their problems. The therapist’s primary task is to provide a non-directive, authentic and affirming environment that allows clients to openly explore their experiences. This authentic contact with their own experiences develops a deeper self-awareness, increased self-acceptance and more effective self-expression.

Other important ways in which client-centered therapy differs from Freudian psychoanalysis:

The value of humanistic psychology

Studies have shown person-centered therapy to be effective in treating people with a range of challenges, including mental health conditions such as depression and anxiety.

While some professionals might adopt a more humanistic approach than others, the third force has undeniably shaped contemporary psychology in the 20th century. But its greatest contribution is to demonstrate the growth of the profession. Humanistic psychology has shown that authentic, collaborative relationships between clients and therapists are valuable and reminds us of the link between the development of human potential and health and wellbeing.

Constructive debate on the best way to interpret human experience only strengthens the psychology profession as a whole. If you wish to participate in the discussion, the first step is to study psychology at SACAP. For more information on the psychology courses on offer, which include part-time and full-time as well as online options, enquire now.

The personal & professional benefits of coaching in the workplace