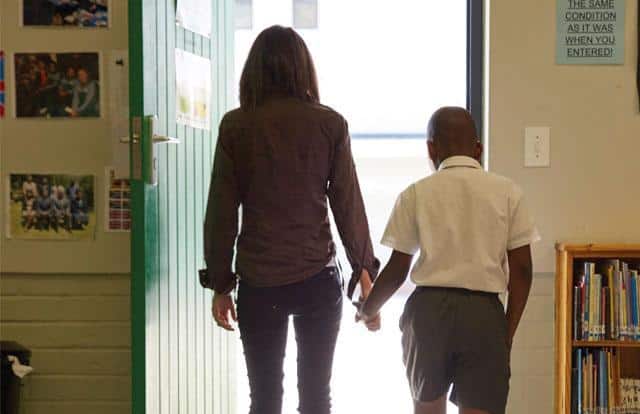 Decades of research and practice have helped us make great strides in successfully treating people with mental illness and improve the quality of their lives and wellbeing. However, resource and capacity constraints limit our ability to do this effectively.

Even in resource-rich countries people with mental illness often do not receive treatment. In developing countries, such as South Africa, the treatment gap widens even further. It’s been suggested that as many as 90% of those with mental-illness in low- to middle-income countries do not receive even the most basic forms of mental healthcare.

We know that South Africa has a huge shortage of qualified psychologists and psychiatrists in relation to the extent of the need that exists within the population. We also know that, of the qualified professionals, the majority are situated in urban centres, and that even within these areas, psychological services are often only available to those who have the financial means to afford them in private practice.

It would seem obvious, then, that training more mental healthcare professionals would solve the problem. However, the manner in which we train qualified psychologists and psychiatrists globally is so resource and time intensive that this is simply not scalable. This problem is further intensified by the lack of employment opportunities for qualified professionals in the public sector – driving more to the well-resourced realm of private practice.

More and more it is being acknowledged that, if we are in any way to begin to bridge the existing treatment gap, we need to practice mental healthcare in fundamentally different ways to the way it is practiced in well-resourced countries.

One of the approaches gaining traction in recent years is that of task shifting. In theory, task shifting is a relatively simple concept that suggests, in the event of a shortfall of healthcare professionals, the human capacity available in a community be used to provide a range of healthcare interventions. Task shifting is the redistribution of appropriate and very specific tasks from highly specialised professionals to community healthcare workers, thereby making efficient use of existing human resources. The shifting of tasks is accompanied by the provision of ongoing supervision for these community healthcare providers by the existing professional base.

The implementation and monitoring of task shifting in general healthcare fields has proven effective for a number of decades. There is a significant body of research that demonstrates the effective use of task shifting in training non-professionals to safely deliver babies, to diagnose and treat pneumonia, in the scaling up of HIV care, and as a means of improving malaria treatment. Aside from its obvious cost-saving benefits, task shifting has also been shown to be empowering for those community members trained in the provision of particular services.

One of the biggest challenges preventing the uptake of task shifting in the mental healthcare field is the fear that the public will receive substandard care, which could ultimately be harmful. However, there is growing evidence to suggest that community members and healthcare workers can be trained to deliver effective psychological and psychosocial interventions for people with depression, anxiety disorders, and even schizophrenia.

Professor Vikram Patel, a psychiatrist who has worked across the world and published prolifically in the area of task shifting, passionately argues that task shifting leads to the “democratisation of medical knowledge and power”. Patel strongly advocates for a global shift in the way psychiatry is taught and practiced. He speaks of the need for psychiatrists in poorer countries in particular, to become public-health practitioners, rather than clinicians. This new generation of psychiatrists would be trained and skilled in public mental-health leadership roles with the ability to design, implement, manage and monitor task-shifted mental healthcare programmes. With an emphasis on leadership and management, they would focus on building capacity in others, supervising, quality assurance, and conducting ongoing research.

While I believe this idea holds significant promise for the provision of psychological services in a country such as South Africa, it is expected that criticisms will arise – it is, after all, a radical shift from the current status quo. One criticism has to do with the fact that psychiatry is strongly embedded in the medical model, the assumption being that the shift from general medical to psychiatric interventions is relatively straightforward. On the other hand, therapeutic intervention might be considered a less ‘modular’ process. In certain therapeutic traditions (e.g. psychoanalytic therapy), the process is far less easily divided into distinct components – such as assessment, diagnosis, treatment, and monitoring – that each can be effectively managed by separate individuals. It could be said that psychotherapy is a far more nuanced process, in which it is impossible to separate out the person of the therapist and the therapeutic relationship into distinct units.

It is questionable whether this is a strong enough argument against the need to radically rethink how we provide mental healthcare services in a country like ours, where access to treatment is nonexistent for most people. One thing that cannot be argued, however, is the need to step back and reconsider the way in which we train professionals, and where we choose to invest our time and money. The time has come to develop context-appropriate methods for mental healthcare provision – and the concept of task shifting may be the answer.

If the state of mental health in South Africa interests you, you may wish to study psychology at SACAP. Psychology courses on offer include the 2-year Diploma in Counselling and Communication, and the 3-year Bachelor of Applied Social Science. These courses can be studied part-time or full-time, and distance learning options are available. For more information, enquire now.

5 Strategies for Coping with Anxiety

How to be a good mentor