Why the world needs ethical leaders 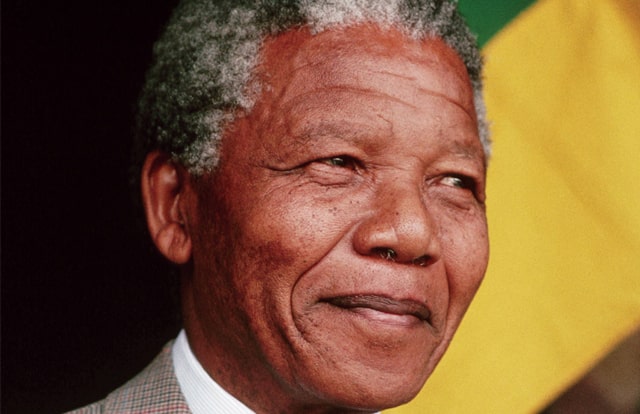 Your leader sets the rules. If he breaks them does that mean you can too? Sadly, many of his followers are likely to follow suit. Here’s why the world desperately needs ethical leaders.

Sadly, South African’s are no strangers to unethical leadership. We need only listen to the endless tails of state capture currently being revealed in the Zondo Commission to realise that certain leaders are governed more by greed than their moral compass. This isn’t a new trend. Unethical leadership can be traced throughout history and, unfortunately, it will probably never be completely eradicated. So why does it matter? Why does the world need ethical leaders? And, why do we need them now more than ever?

The fish rots from the head

Think about it, when completing your tax return doesn’t it irk you that you must pay tax on your measly hard-earned salary while certain politicians somehow seem to evade SARS? Doesn’t it make you a little bit resentful? And, as that resentment grows you might think twice before disclosing the extra income you earned while freelancing on the side. I mean, if the president doesn’t pay tax, why should you? There is an old Greek idiom which says, the fish rots from the head. Simply put leadership sets the standard and if leaders aren’t ethical their followers, or at least some of them, are likely to follow suit.

What about corporate ethics?

This trend is not only seen on a global leadership scale, but also throughout businesses and various corporations. For a business to function successfully and to thrive long-term, it’s leaders must behave ethically. Sure, they may get away with unethical behaviour in the short-term, but their behaviour will directly influence their staff, their company culture and ultimately its success. When each man is out for himself, colleagues stop caring for and trusting one another and this breakdown in relationships impacts productivity. Afterall, why should I tell you anything if you are only out to get me? When distrust runs rife, the more ethical employees resign, and the bad ones rise to the top. Dr Danielle Blumenthal from the Graduate Centre of the City University of New York explains this best when saying, “In a company dominated by amorality and mistrust, there is a sense of “how low can you go” and that you should go very low in order to survive. The consequence of that is an exodus of ethical employees and the rise of bad actors. When bad actors dominate inevitably behavior turns from unethical to illegal. And at some point, they break the law so badly that the authorities step in. Either scandal ensues, or the entire company collapses.”

What is ethical leadership?

In a nutshell, ethical leadership is based on doing what is right. It is the process of influencing people to conduct themselves based on principles, values and beliefs. Keep in mind that a company doesn’t necessarily have to break the law to behave unethically. There is more to ethical leadership than simply ticking boxes and following rules. An ethical leader cares as much about getting results as he or she does about how those results were achieved. Author of Ethical Leadership, Andrew Leigh, explains ethical leadership when saying, “Faced with difficult choices, ethical leadership asks tough questions, such as “what is the right thing to do? “Would we harm people by taking or not taking action?” “How would we feel if this story hit the headlines?” “Would our employees and stakeholders be proud of what we have done?”

Does ethical leadership get the attention it deserves?

Despite its huge importance both on a corporate and political scale ethical leadership is still not given the respect it deserves. Very few business courses include programmes on the importance of business ethics and, perhaps more importantly, how to behave ethically. When recruiting staff, companies seldom investigate a potential employees ethics or moral compass. Tony Wall and John Knights comment on this in their book Leadership Assessment for Talent Development when saying that, “Organisations and countries tend to ignore these traits when identifying future leaders. Instead, they favour the traditional leadership characteristics of self-confidence, assertiveness, influence, achievement, manipulation and an obsession with total control and ignore the good values that would temper their egos.” It should come as no surprise then that according to a recent study one out of every 25 CEO’s is considered psychopathic or sociopathic. This is four times higher than the general population. Discoveries in neuroscience however prove that positive behaviours can be learnt and, likewise, negative behaviours can be unlearnt. Companies would reap the rewards of ethical leadership training and leadership coaching.

Despite what seems like an ever-increasing lack of ethics in today’s world, we do still have the choice. We can do what is right and submit our tax return correctly or we can follow the example being set by those with a less sturdy moral compass. When making your decision, however, be sure to remember the words of Albert Einstein, “”Whoever is careless with the truth in small matters cannot be trusted with important matters” You choose who you want to be.

Do we inflict our own childhood wounds on our kids?