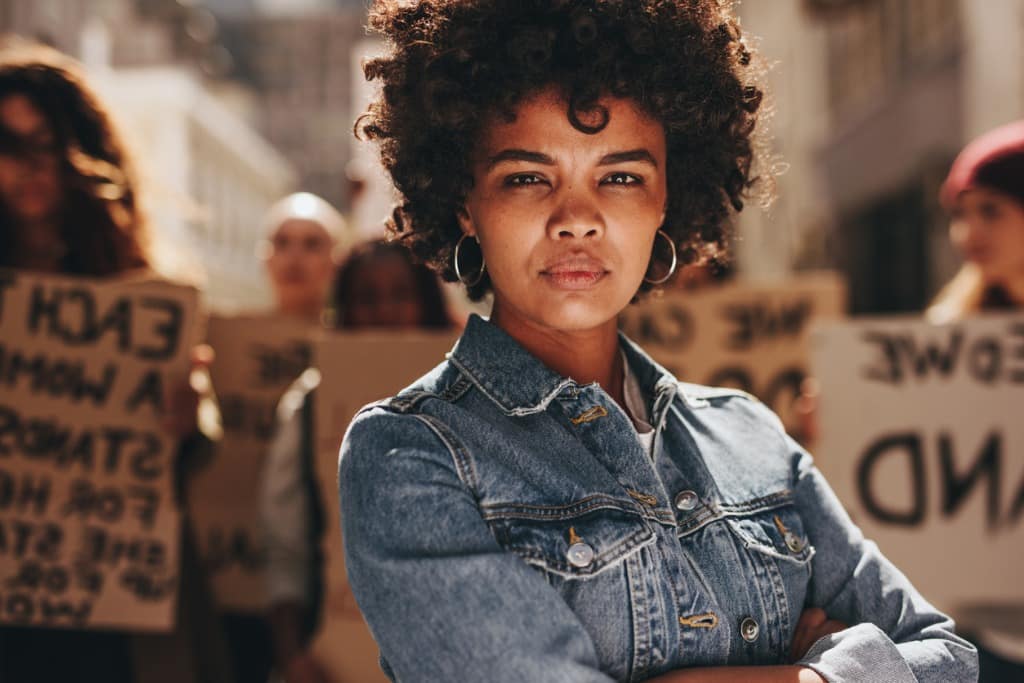 The 16 Days of Activism to end Gender Based Violence (GBV) annual campaign runs from 25th November to the 10th December 2020. This article outlines the context of this campaign, how it makes an impact as well as why and how you can actively be a part of ending GBV against women and children.

What is 16 Days of Activism All About?

The 16 Days of Activism Campaign is a world-wide coordination strategy and call to action for individuals, groups, organisations and governments around the world. It was launched in 1991 and therefore, it is now the longest running campaign against GBV world-wide.

In 1993 Gender Based Violence against women was formally defined by the United Nations in the Declaration on the Elimination of Violence against Women as: “Any act of gender-based violence that results in, or is likely to result in, physical, sexual or psychological harm or suffering to women”.

In addition to developing policy frameworks to mitigate GBV, the United Nations run international GBV campaigns. One of which is the 16 Days of Activism against Gender Based Violence (GBV). It builds on existing international legislation and policy frameworks. It attempts to stimulate as well as support country-based anti-GBV initiatives and laws. This year there is a special focus on covid-19 initiatives being gender sensitive and accounting for the escalated risk to, as well as experience of violence of, women and girls.

Why was 16 Days of Activism against GBV Initiated?

GBV can be experienced by anyone – in other words, it is not confined to a specific economic, racial or gender group. However, world-wide there is an emphasis on mitigating GBV against women and girls because they are currently unequally affected by GBV.

GBV is prevalent worldwide, largely because of systemic and perpetuated gender inequality. A shortage of economic resources and the lack of resource within in country’s judicial system exacerbates and worsens GBV. These and other factors result in a systemic reinforcing disempowerment of women and girls in particular, such that their basic human rights are easily turned aside.

The Call to Action

After much success in raising awareness around GBV against women, the campaign has shifted focus from awareness to action. The 16 Days of Activism against GBV is a Specific Call to Action to:

How Does 16 Days of Activism Raise Awareness?

The 16 Days of Activism call for action focuses on multiple levels from individuals to communities to governments. It aims to raise the awareness of the negative impact of GBV against women and girls as well as permanently mitigate abuse from society. For instance, every year this globally coordinated mitigation strategy has a new theme or continues an old theme. The theme focuses on a specific gender inequality which often is particularly relevant to that year. Annually, the Centre for Women’s Global Leadership sends out a “Take Action Kit” which outlines how to get involved in order to assist with changing the status quo.

The 2020 United Nationals Secretary-General’s UNiTE Campaign Theme is: Orange the World: Fund, Respond, Prevent, Collect. It focuses on Prioritising Funding, Prevention Initiatives and Responding to GBV as well as Collecting Data to better understand the crisis as well as refine responses to it.

The numerous laws that the South African Parliament has passed protecting individual’s rights against abuse contextualises the call to participate in the 16 Days of Activism against Women in South Africa. These are:

Due to the prevalence and seriousness of GBV against women and girls in South Africa, the South African government is implementing the Emergency Response Action Plan on Gender-Based Violence and Femicide. It has pledged that during the 16 Days of Activism the government will embark on a series of community and sector dialogues as well as activities to foster an anti-GBV collaborative effort.

Important Dates to Remember during the Upcoming 16 Days of Activism are:

10 Things you can do to Join the Campaign

Movember the Month of Men’s Health