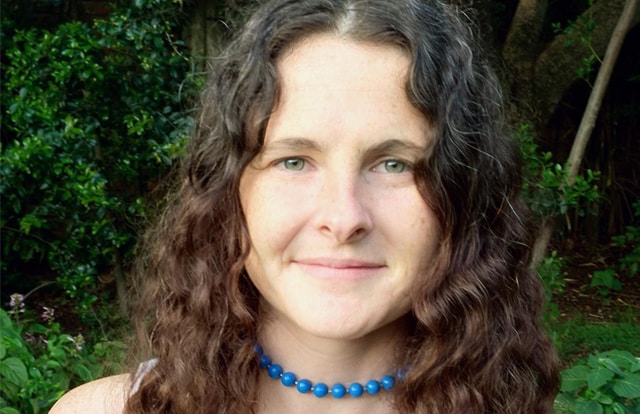 Avri Spilka’s SACAP qualification has underpinned her passion for mental and sexual wellbeing.

Avri Spilka is a remarkable woman. What she’s achieved in her 38 years is more than most will accomplish in a lifetime. She has a degree in Journalism and Media Studies, a Higher Diploma in Media Studies, an Expert Diploma in Sexology, a certificate in Counselling Children and Adolescents, an Honours Degree in Applied Social Science (from SACAP) and she recently completed her Masters in Community-Based Counselling Psychology at WITS University. Phew, impressive!

And, as if her list of accolades isn’t inspiring enough, Avri’s also a member of the Psychological Society of South Africa (Gender and Sexuality division), an associate of the Sexual and Reproductive Justice Coalition as well as an executive member of The Southern African Sexual Health Association. We chatted to her about some of the essential elements behind her glittering career trajectory.

“I’ve always loved storytelling in its various guises and I think this informed my interest in people,” says Avri as a means of explaining her interest in psychology. “My mother was a psychologist and I’ve always been interested in people and their stories.” Between her teens and early thirties Avri says she became increasingly interested in sexuality, gender and relationships. “I wrote a lot about these topics and became an activist and peer educator. I think my love of storytelling and sexuality has led me to pursue a career in sexology, which for me is a specialised branch of psychology.

In order to strengthen her psychology foundation Avri enrolled in the Honours in Applied Social Science (Psychology) Degree at SACAP. “I was drawn to the small campus, small classes and being lectured by practicing professionals,” she says. “I loved the in-depth discussions and the freedom regarding topics or angles when writing academic essays.”

Avri’s Honours degree opened the door for her admission into the next stepping-stone on her expanding career path: Community-Based Counselling Psychology. “It’s a Masters programme that focuses on community level psychology,” she explains. “There are too few mental health professionals in this country to meet its mental health needs, and individual therapy is not something most people can access or afford. This programme looks at ways to tackle mental health at a broader level in terms of working with whole communities. It also places an emphasis on transforming the very factors that contribute to social, psychological, political, cultural and economic dis-ease rather than just focusing on treating symptoms.”

Currently Avri is expertly honing her many skills to serve her higher purpose. “I’m practicing as a Counselling Psychologist with a special interest in sexual wellbeing as well as gender and relationship diversity,” she says. “I have a private practice in Bryanston at the Bona Dea Centre where I see adults for individual and relationship therapy. Most of my clients are looking for an accepting and informed therapist to work through sexual identity or gender identity issues, to enhance their sexual and overall wellbeing, and to navigate consensually non-monogamous relationships. Therapy may start with sexuality but people are complex beings so it’s also about discovering and navigating the client’s whole life world for the purposes of personal growth and greater self-awareness.”

Avri also works at First Step – the intensive Outpatient Programme for the Houghton House Group of Treatment Centres. “It’s a substance use rehab centre,” she says. “I do individual therapy and group therapy with recovering addicts as well as consultations with their families.” In addition she heads up an online platform called CtrlAltSex, which is a directory for sexual, gender and relationship minorities who want to find accepting, non-judgmental practitioners. “It’s also a way for psychologists, doctors, counsellors and coaches to find appropriate people to refer their clients to,” she says.

Avri says she loves what she does. “I feel it’s a real privilege to journey with clients for however long they come and see me. There’s great reward in creating space for another human being so that they might meet and accept themselves and ultimately grow as a person, however painful and difficult that process may be at times – I learn something about myself from every client I work with,” she says.
Avri’s grateful for the role SACAP played in preparing her for the work she’s doing now: “SACAP gave me the space to explore and share my interest in sexuality in the various modules the college offered from pathology to ethics, diversity to research,” she explains. “I got to expand my knowledge and deepen my understanding during my time there.”

With so many arrows in her quiver Avri looks set to achieve her long-term career goals, which include completing the European Society of Sexual Medicine course and the European Federation of Sexology exam so that she will be a qualified Psychosexual Sexologist. Her five-year game plan? “I’d like to be working part-time in private practice exclusively with sexuality, gender and relationship related issues. I’d also like to be involved with transformative community level sexual wellbeing programmes in South Africa.”

There’s no doubt Avri’s is an incredibly hard act to follow, but if you’re passionate about something and you’re willing to put in the hours you too can work towards fulfilling your higher purpose. SACAP offers comprehensive courses in a wide range of options from Short Courses, Certificates and Diplomas to Degrees and Masters. Your stepping-stone to success really could start with SACAP. Enquire here now.

Why a BPsych Degree is a better option

Understanding passive aggressive behaviour, and how to deal with it