#ChooseToChallenge Roles in Your Household 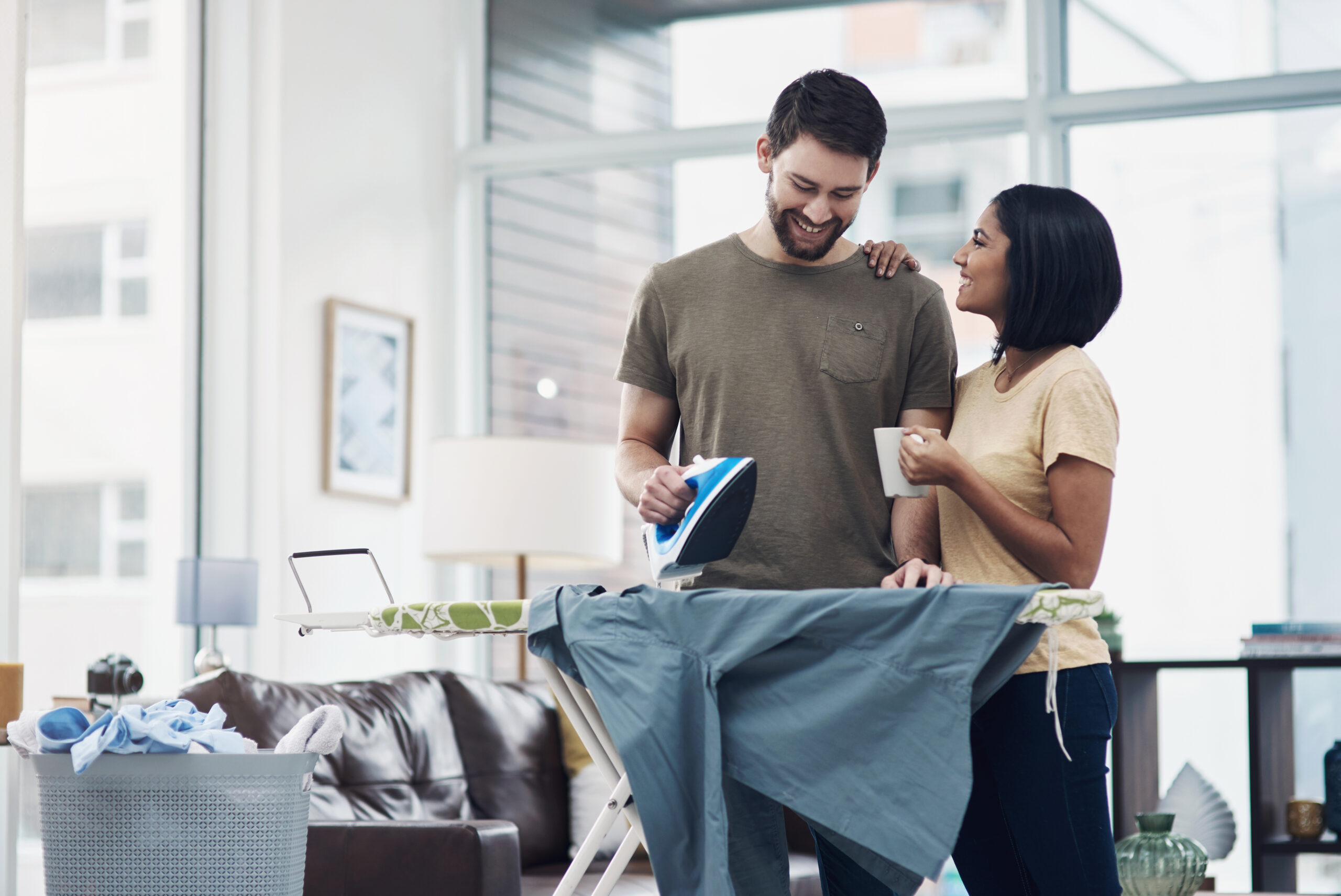 One of the biggest benefits of dividing household responsibilities and tasks, is better ensuring harmony and happiness within a relationship. The need to integrate and share responsibility becomes even more important when pets are adopted and kids are born. Rethinking the more traditionally accepted roles, so that responsibility is equally shared and the rewards of completing tasks are enjoyed by both, is a great first step towards bolstering happiness and fulfilment in homes of dual income and stay-at-home-parent households.

Where do Gender Roles come from?

Gender roles have cultural and traditional roots. They are influenced by the media, society, family and the environment. They are norms which are embedded into everyday life and reach into both private and public spheres. Gender norms and stereotypes often dictate the expectations placed on both women and men. This relates to personal traits and physical appearance, domestic behaviour, occupation and responsibility. They are not related to a specific individual’s talents or preferences, but rather are generalisations in relation to societies beliefs about the differences between sexes. These beliefs are applied to someone simply because they are male or female. For example, girls wear pink and boys wear blue.

10 Places where Gender Roles are “Reversed”

When Gender Stereotypes are a Problem

Gender roles become a problem when they restrict or dictate what an individual can or can’t do. Thereby preventing them from developing their personal abilities, participating in activities they enjoy, pursuing careers or making independent life choices. A stereotype can also condone gender-based violence or cause unnecessary pressure and angst in an individual. For example, when a man is expected to be the primary breadwinner in a family but his wife earns more, or he would like to stay at home and look after kids. Social media is a big driver of change; however, pop-culture can be a double-edged sword when it comes to gender stereotypes. While it often shatters through cultural norms, allowing both men and women to be able to express themselves in their own unique manner, it can also create new stereotypes. Stereotypes which vilify and label those who don’t adhere to or support them.

How Gender Roles are Changing

Gender roles can be changed and roles in households should be challenged. In some cases, even reversed. A primary catalyst of gender role change is often economic. Another key transformer is education. Economic development, particularly where money making opportunities for women have transpired, has allowed women to earn money which often changes the power dynamics and decision making within families and communities. Investing in a girl’s education and allowing younger women to work outside of households, has enabled families to be economically advantaged. Thus encourages a change in household thinking.

Legal, policy and programmes also affect gender role change, especially when supported by social and political activism. Finally, media spreads changing ideals and ideas, enabling new norms to be embedded within communities by motivating people to take on board a new ideology that surrounds them. For example: In Amhara, Ethiopia, where child marriage was a norm, it’s now seen as something “only uneducated people do”.

Challenge Gender Roles in Your Own Home

Gender roles can subtly or obviously play out within a household. Society is quite conscious of the overt ways gender roles play out. However, often more common than overt gender roles are the perpetuation of everyday responsibilities which emanate from more “traditional” gender roles. This is particularly noticeable within rural and farming based households as well as in older generation’s interactions.

It’s still more usual for women then men to have the primary responsibility of seeing to household and childcare tasks. In homes where both partners work full time this effectively results in a woman having two job loads – one outside of the home and one within. This can play out in many ways, for example: After work or during lunch time, a woman will often go grocery shopping; then when she gets home, she will tidy and do some cleaning or laundry as she prepares dinner, checks homework, feeds and gets kids ready for bed. The next morning, she may make breakfast and school snacks, search for wayward items while getting kids ready for school.

How much her partner assists with these tasks varies. In some homes, a man will instead have “downtime” after work, meet with friends or colleagues for a “late meeting” or “to network” and in the morning rush out to “be on time for work” or need to sleep in because he worked late the night before. Alternatively, he may not know how to cook, do laundry, remember where things should be put away or isn’t “as good” at multitasking as she is…

For many this is just the way it is and it’s never been something to think about or question to see if there is a more efficient and fair way forward. Although it must be noted that in many relationships this status quo is not being continued. An increasing number of men shoulder household and childcare responsibilities; with some opting to stay home and look after kids while their wives provide financially for their families.

Fairly sharing responsibility within a home has a number of benefits that extend to the couple as well as their family.

Ensuring that each person’s contributions within a home are acknowledged and valuable is a great starting point to sharing responsibilities within a household. Saying thank you for the little things, as well as the more obvious ones, creates an atmosphere of gratitude and helps foster kindness. These are both elements which contribute towards stability and all-around happiness in a home.

Safeguarding that both partners have access to enough money, for essential and personal items, is a way of better ensuring that each feel valued and equal in their contributions to a household. Agreeing on a budget and how to monitor it, can help ease anxiety, create a better sense of equal responsibility and boost self-esteem.

Deliberately role-modelling a united and shared responsibility of chores and activities at home, is a way of combating stereotypes in children’s minds. Additionally, witnessing an active living out of a joint positive attitude towards shared household and childcare responsibilities, conveys a message of commitment, love and stability to a child.

Part of sharing responsibility and modelling it is being transparent about household and childcare commitments when at work or amongst friends and family. This helps convey the prioritisation of home in one’s life. This could be especially meaningful and supportive when one partner stays at home to look after the household and kids.

When one parent stays at home to look after the kids and household, then a first step towards ensuring a fairer workload and sharing of responsibilities is to view looking after kids as a job that equates to a partner’s job, including their working hours. This translates into a practical look at responsibilities in the evening, weekends and during holiday time where tasks are shared. Therefore, evenings or days off aren’t a continuation of the stay-at-home parent’s during work hour responsibilities. For example, in the evenings one person can make dinner while the other gets kids ready for bed. Additionally, time over a weekend can be arranged so that parents “play-tag” with each other – while one looks after the kids the other has some downtime.

Regardless of who brings in the most income, especially if hours worked are similar, home duties can be divided up. This includes grocery shopping, cooking, cleaning, laundry and child care. You may find that one of you prefers certain tasks to others which is great. As long as the overall load is fairly shared, there’s no reason not to take preferences into account. The aim here is to share responsibilities so that no one person is bearing a heavier load than the other – mentally, emotionally or physically.

Good communication is key to sharing responsibilities and successfully choosing to change roles within a household. With the result that everyone is more likely to feel appreciated, truly share the burdens of keeping a home running smoothly and able to enjoy the fruits of labour when all tasks are completed. Even with great communication and commitment to change, it is not easy to do and to keep doing.

Coaching is an excellent way to assist with proactively making life changes. Many have found that working with a life coach is the most effective way to successfully implement change within their homes.

If you’re interested in helping people effect great changes in their lives, explore your options of  studying coaching through SACAP. SACAP offers a range of coaching courses accredited by the International Coach Federation (ICF) and aligned with COMENSA standards. For more information, enquire now.

1. What are gender roles?

Gender roles are expectations placed on men and women which relate to society’s beliefs about the differences between sexes and not an individual’s preferences, talents or traits.

2. Where do gender roles come from?

Gender roles have cultural and traditional roots. They are influenced by media, society, family and friends. They are embedded in everyday life and impact individuals in their private and public capacities.

3. Can gender roles be changed?

Gender norms and roles can be changed through individual and household decisions, community activism and national policy. Economic motivation and access to education are two factors which can significantly affect gender role change.

4. How can household responsibility be fairly shared?

A first step towards better sharing of responsibilities within a household is noting and acknowledging all contributions – financial, childcare, household tasks – as equal and then dividing this workload fairly between partners.

To Nibble or Not to Nibble – How to Stop Comfort Eating

The Pros and Cons of Virtual Health Care and Therapy Sessions