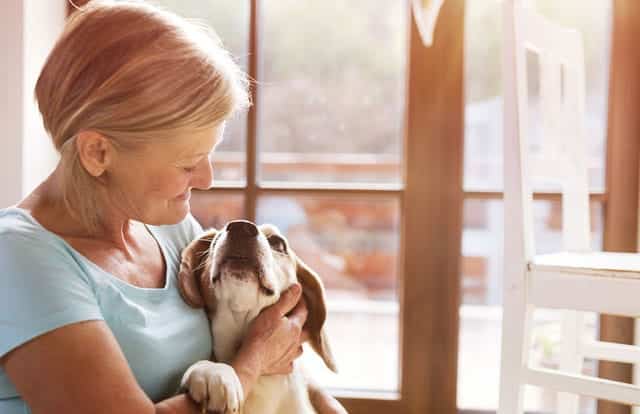 If you’ve ever shared your home with a dog, or even just sat on the couch with a friend’s cat, you’ll know how wonderful and personable pets can be. When you get excited, they get excited too, and they intuitively know when you’re feeling blue. And, let’s be honest, they definitely make going for walks much more fun.

Imagine going to the doctor’s and being prescribed… an animal. For elderly people, in particular, sometimes a furry friend is exactly what the doctor ordered. From psychological benefits, such as lowering anxiety, to the social and physical benefits of getting out of the house for a walk, companion animals really do positively impact health. So much so, in fact, that animal-assisted activities, in which animals effectively act as “behavioural facilitators”, are increasingly being punted by healthcare professionals for the motivational, educational, recreational, social, emotional, and therapeutic benefits they provide to human beings.

With the global population share of people aged over 60 having increased significantly in the past 15 years, the wellbeing and quality of life of the elderly has come dramatically into the spotlight. A significant area of study within this area is that of the valuable contribution animals can make to elderly care. In a research project conducted in 2015, Nikita Rix, a BSocSci Honours graduate from SACAP, explored both the psychosocial and physical benefits of canine-assisted activities for elderly people in a Cape Town retirement facility.

Rix’s study highlighted five key themes when it came to the animals and their elderly companions. In the first instance, it was found that those older people with a strong history of pet ownership tended to recognise animals as a form of social support and, therefore, as a counter to loneliness. According to Rix, these residents found further value in the dog’s presence in that it helped them recall past life events that had provided a source of happiness, meaning and fulfilment.

Furthermore, it emerged from the study that the interaction with their canine companions provided the old people with an overwhelmingly positive experience: they awaited the dogs’ arrival with keen anticipation and acquired a sense of value from the visits. The dogs offered both a welcome distraction from the distressing events in the residents’ lives as well as a break from the monotony of their daily routines.

A third finding of the study showed that the residents affiliated themselves closely with the dogs. According to Rix, this strong connection can be attributed to the universal craving for closeness, affection, pleasure and safety, all of which the dogs provided. What’s more, the connection was found to be all the more powerful when the elderly were able to make physical contact with the dogs.

In the fourth instance, the study also showed that the dogs promoted social interaction between the residents of the retirement home, as well as with the dog handlers and with the dogs themselves. The dogs effectively provided these elderly people with a vital connection to the outside world.

Finally, the presence of the dogs was found to boost the physical health of the senior citizens by providing them with the opportunity to exercise their motor skills, whether through petting their furry friends or taking them for a walk.

While Rix recommends a larger sample size of respondents for conclusive results in this area of study, her research nonetheless points the way to the acknowledgement of animal-assisted activities as a credible alternative to the multidisciplinary healthcare treatment of elderly people. And, with shelters full of animals waiting to be adopted, who knows, it could be a question of who rescued whom.

Nikita Rix’s research project, ‘Animals as Behavioural Facilitators’, formed part of her final qualifying criteria for SACAP’s Bachelor of Social Science Honours Degree, a course that is aimed at candidates who have completed a three-year undergraduate degree with Psychology as a major. Projects such as this illustrate SACAP’s commitment to developing the intellectual, practical and emotional skills of its students, allowing them, in turn, to effect positive change where it is needed most in their communities. For more information on this postgraduate programme, click here.

Bullying in South African Schools: How Bad Is It?