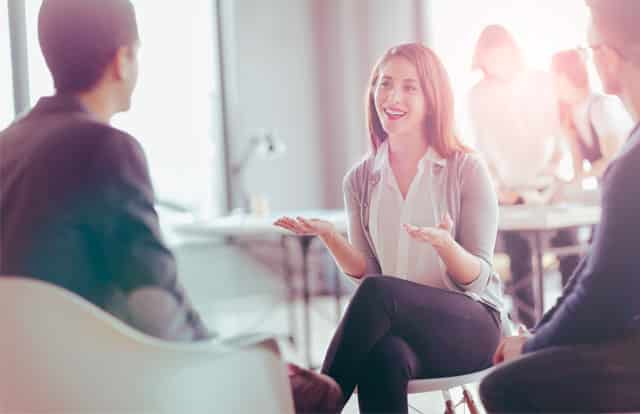 One of the world’s biggest and most admired companies, Google, has shared the qualities it values most in potential new recruits. And – spoiler alert! – it has very little to do with marks or which university they attended.

In an interview with the New York Times, Lazlo Bock, Senior Vice President of People Operations for Google (in other words, the guy in charge of hiring), revealed the most important attributes used across the company when recruiting.

Don’t get him wrong, Bock begins, “Good grades certainly don’t hurt.” Many jobs at Google require maths and computing skills so if candidates’ marks truly reflect abilities that can be applied in these areas, this will be an advantage. But the vast multinational has its eyes on much more…

Here, then, are the five qualities (from least to most important) that Google looks for when hiring – and why business coaches agree that they are so crucial in the workplace of today. Cultivate them and you’ll be best prepared for a career in the real world.

Except for ensuring that people in technical jobs having the necessary coding abilities, expertise is the last on Google’s list of hiring-assessment qualities. Bock notes that so-called “experts” are more likely to simply default to the tried-and-true. Indeed, coaches, too, have observed that when people self-identify as “experts” in an area, or as “highly experienced”, there is a much higher likelihood that they will strongly defend their existing point of view when questioned, rather than being curious or questioning why things are done a certain way. In other words, their identity is all too often wrapped up in being the authority, as opposed to finding the better solution.

At Google, we look for people who take responsibility for solving problems and moving the business forward – who feel passionate about making things work, says Bock. Certainly, coaches unanimously agree that, in this era of daily change and upheaval in almost every industry and area of knowledge, businesses need people who are internally motivated to figure out how to make things better. “It’s feeling the sense of responsibility, the sense of ownership, to step in,” he explains.

However, passion and drive toward responsibility have to be balanced by humility, Bock adds: “Without intellectual humility, you are unable to learn.” Coaching studies that show how graduates from hotshot business schools frequently plateau in their careers, corroborate Bock’s view. “Successful, bright people rarely experience failure, and so they don’t learn how to learn from that failure,” he explains. “What we’ve seen is that the people who are the most successful here, who we want to hire, will have a fierce position. They’ll argue like hell. They’ll be zealots about their point of view. But then you say, ‘here’s a new fact,’ and they’ll go, ‘Oh, well, that changes things; you’re right’. You need a big ego and small ego in the same person at the same time.”

While Bock and his colleagues look for leadership at every level, we’re not talking about a traditional evaluation of leadership here but rather what executive coaches refer to as “emergent leadership”. “Traditional leadership is, were you president of the chess club? Were you vice president of sales? How quickly did you get there? We don’t care,” he explains. “What we care about is, when faced with a problem and you’re a member of a team, do you, at the appropriate time, step in and lead. And just as critically, do you step back and stop leading, do you let someone else? Because what’s critical to be an effective leader in this environment is you have to be willing to relinquish power.”

“General cognitive ability” is the number-one attribute that hiring managers at Google look for in job candidates. But, explains Bock, this has nothing to do with IQ: “It’s learning ability. It’s the ability to process on the fly. It’s the ability to pull together disparate bits of information.” Similarly, coaches insist that employees’ success in today’s business world depends largely on the extent to which they develop the ability to learn new things quickly and well. And that’s not only true in companies like Google. Every company needs employees who are curious, who are willing to make mistakes and go out on a limb and ask dumb questions in order to develop new capabilities and new solutions – that’s how businesses, and their staff, will thrive and grow into the future.

But perhaps Google’s own job-hiring mantra says it best: “We’re always looking for people who can bring new perspectives and life experiences to our teams. If you’re looking for a place that values your curiosity, passion, and desire to learn, if you’re seeking colleagues who are big thinkers eager to take on fresh challenges as a team, then you’re a future Googler.”

And, in an age when innovation is increasingly a group endeavour, coaches maintain that success will have a lot to do with so-called “soft skills” – leadership, humility, collaboration, adaptability and a love of learning – no matter where you work.

Are you interested in learning more about the qualities that breed success, and how best to cultivate those qualities? If so, why not consider studying with SACAP? The South African College of Applied Psychology offers a range of accredited coaching courses, including a Postgraduate Diploma in Coaching, a part-time Coach Practitioner Programme and an Advanced Coach Practitioner Programme. For more information, enquire today.

The journey through early adulthood

Five ways for students to get a handle on stress