The journey through early adulthood 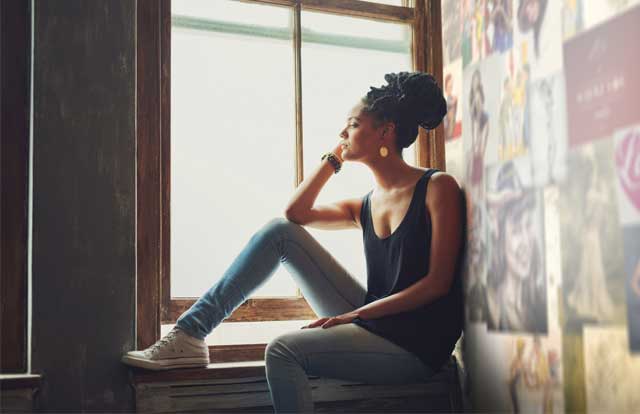 If you’re in your late teens, early twenties, you’ll know all about “adulting” – the so-called migration from kid-mindset to adult-mindset.

In fact, as a member of this unique group – no longer a minor but also not having taken on full adult responsibilities – your life is probably a complicated time of switching degrees, moving in and out of the family home and falling in and out of love. Research also shows that, at this particular time in your life, you’re most likely to engage in risky behaviours, such as heavy alcohol and illegal drug use, drunk driving and promiscuity.

In fact, the tricky in-between stage of “emerging adulthood”, a term coined by Jeffrey Arnett, Professor of Psychology at Clark University in the US, to describe the time in life where a person is on the way to adulthood but not quite there yet, is a phase characterised by change and a number of associated psychological traits.

Of them, these are the five that tend to dominate:

1. A search for identity

As a young person, you are trying to decide who you are, where you fit in the world and what you want out of your studies, your work and your relationships. Developmental psychologist Erik Erikson identified this “identity exploration” as a key life stage. It’s important to think seriously about these issues and, ultimately, to come to enough of a resolution so that the path you embark on in adulthood is one that you have consciously chosen. This is the psychological state that Erikson called “Identity achievement”. If you don’t come to grips with these crucial life decisions and never arrive at a firm identity, you will not be prepared for the developmental tasks that lie ahead. However, Arnett points out, “It’s also important to recognise that a strong identity emerges not only from this conscious contemplation of your life’s purpose, but also from successfully resolving the developmental challenges that characterise your previous years of childhood.

2. A sense of instability

The explorations of transitioning into adulthood also make it a time of great uncertainty. As you discover different possibilities in love and work, your life is often unstable. You may be moving out of your parents’ home for the first time as you either go off to university or college, or to live with friends or a romantic partner. You may even be moving to another part of the country or the world to study or work. It’s hardly surprising that the repeated post-high school changes in residence and location will lend a sense of instability to life – a feature that, for many, will only end when families and careers are established in their thirties.

3. A focus on yourself

Freed of the parent- and society-directed routine of school, you’ll be trying to decide what you want to do, where you want to go and who you want to be with – before those choices become limited by the constraints of marriage, children and a career. This is your time to focus on yourself as you develop the knowledge, skills and self-understanding that will lead to adult life. In the course of becoming an adult, you will learn to make independent decisions about everything from what to have for dinner to whether or not to get married. These decisions – and all of those that are still waiting down the line – will be far easier if they come from a place of self-awareness.

4. A feeling of being in-between

If someone were to ask you, “Do you feel that you’ve reached adulthood?” you’d probably have a difficult time answering either “yes” or “no”. While you’re no longer an adolescent and you may now be taking care of yourself completely, you might still not feel completely adult. “It is only when people reach their late twenties and early thirties that a clear majority feels like they’ve actually reached adulthood,” Arnett says. No doubt, you and your peers have the subjective feeling of being in a transitional period of life. According to Jensen, this “in-between” feeling is typical of emerging adulthood, where people are pulling clear of the struggles of adolescence and starting to feel responsible for themselves, but still closely tied to their parents and family.

5. A belief in possibilities

Optimism reigns when little about one’s direction in life has been decided for certain and many different futures seem possible. Studies show that most emerging adults believe they have good chances of living “better than their parents did”, and even if their parents divorced, they believe they’ll find a lifelong soul mate, Arnett explains. Indeed, this tends to be an age of high hopes and great expectations, in part because few of your dreams have been tested in the fires of real life. Arnett’s research also indicates that emerging adults want a lot out of life: a job that’s well paid and personally meaningful and a lasting bond with a partner. While optimism is never a bad thing, you may be headed for disappointment, he warns: “If happiness is the difference between what you expect out of life and what you actually get, a lot of emerging adults are setting themselves up for unhappiness because they expect so much.” So, while it’s essential to keep a positive outlook, it’s also important to be realistic, and to recognise that emerging adulthood is often that place at the corner of big dreams and harsh realities.

If you’re interested in the psychology of human development, why not consider studying at SACAP? The South African College of Applied Psychology offers a range of accredited counselling courses, such as the Bachelor of Psychology Degree, which enables graduates to register with the Health Professions Council of South Africa (HPCSA) as a Registered Counsellors and provide selected professional-counselling services. They also have the option of articulating into a Masters programme with a view to becoming a Psychologist. For more information, enquire today.