5 benefits of studying after school instead of travelling 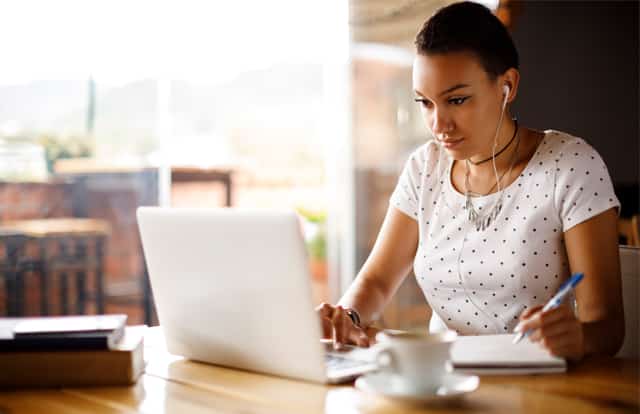 Taking a gap year may be the fashionable thing to do after school, but it’s not for everyone. Here are five benefits to studying before you go travelling.

School’s out, and it’s your first year in a brave new world. For many matriculants, figuring out the next step can be a long and confusing process. Do I take a gap year? Do I get some studying under my belt first?

There is a misconception that the “gap year” is something you do if you don’t know what else to do. But in truth, a gap year requires some planning as well, and if you take one without having a clear idea of how to use it, you could end up wasting what would otherwise have been a valuable opportunity.

There’s also a misconception that if you don’t take a year off to travel after finishing school, you’ll get sucked into the corporate world and miss your opportunity. That’s not true either. You’ll have plenty of opportunities to travel over the coming years, and the outside world isn’t going anywhere.

Why studying after school could be the right choice

Going straight into studies after finishing school may not be the fashionable choice, but in a lot of ways, it can be to your benefit when you do eventually set off on an adventure. Here are some reasons why studying after school may be the right choice for you after all…

A chance to mature

Studying after school gives you the opportunity to mature in a college environment before setting out into the real world. It’s a valuable first step, in that you will be interacting with peers from all around the country (and perhaps from other countries) rather than the familiar faces you would have grown accustomed to during your school years.

Furthermore, a college or university is an environment in which you’re expected to be more independent, and take responsibility for your own advancement. The experience will provide you with valuable skills that can benefit you on your travels.

Figuring out what you want to do

Studying after school means you’ll set out into the real world armed with some qualifications, which can only be to your benefit. What you decide to study may not be what you end up pursuing in the long-term, but it may help set you on the path. The knowledge and skills you gain during your studies will provide a solid grounding from which you can discover your true calling during your travels.

If you do stumble upon something that piques your interest during your travels, or some work you’d like to do overseas, the qualifications you gained from your studies make it easier for you to gain admission into whatever industry or educational institution you need to advance that goal.

Studying with your peers

While college grants you the opportunity to meet new people, it’s also a chance to spend some more time with your peers, including some of the people you were at school with.

Studying after school means you’re more likely to be in college with people of the same age group. Again, this provides a solid grounding for whatever adventures you pursue afterwards, and you may even meet some people you can plan a trip with. At the very least, you buy more time for you and your friends to figure out the best way to spend a gap year.

Some people already have a clear idea what they want to do with their gap year, just as others have a clear idea what they want to study after school. If you’re one of the many people who aren’t sure about either, don’t rush off into a gap year just because it’s the fashionable thing. Everyone has to figure out for themselves what is the next best step for their development, and for some, a chance to mature and gain knowledge in a college environment may be the best preparation for the world ahead. At the very least, a year or two spent studying is time spent well; certainly more valuable than a year spent in limbo.

If you choose to pursue studies after school, but are unsure what to study, a psychology course may be a strong option. It will develop skills that can benefit you in any career path you choose to pursue, and provide you with qualifications that serve as a solid springboard for any work or education you may wish to participate in while overseas. If you’re interested, then enquire now.

The importance of fieldwork while studying psychology

Rewiring Your Brain for Happiness