What young adults need to know about cyberbullying in South Africa 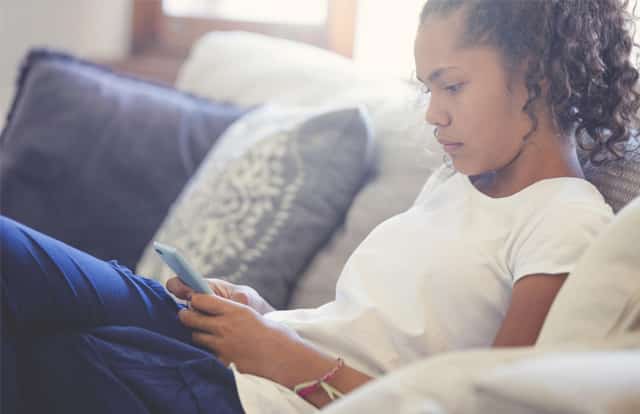 South Africa has the 4th highest rate of cyberbullying in the world. What does this mean for young adults and what can they do about it?

Sadly, there is nothing new about bullying. It has always been around, and it probably always will be. Social media, however, has transformed the landscape. So much so that what was traditionally reserved for the schoolyard is now following us home. The digital world lets the bully into your bedroom. A reality that for many young adults is both terrifying and debilitating.

Cyberbullying is much more covert than traditional bullying and, as a result, victims are hard to identify and perpetrators, should they wish, can remain anonymous. Cyberbullying is often more intense than traditional bullying as bullies are braver when they can hide behind the safety of a screen. In addition to this they are also completely removed from their victim’s reaction, seldom can they see the vulnerability of their victim and the damage being caused because of their behaviour. Currently, South Africa does not have specific legislation dealing with cyberbullying. As a result, when bullying turns into unlawful or criminal behaviour perpetrators are prosecuted, often unsuccessfully, under the category of harassment.

How is cyberbullying different from traditional bullying?

When comparing the motives behind cyber and traditional bullying, very little has changed. The psychology of the bully remains much the same, but his means and opportunity has increased tenfold and the consequences are devastating. Research shows that bullied teens are nine times more likely to commit suicide. In South Africa, suicide accounts for 9.5% of unnatural teen deaths and, according to The National Youth Risk Behaviour Survey, 17.6% of teens have attempted suicide and 31.5% of these attempts required medical attention.

Although Cassey Chambers, the Operations Director at the South African Depression and Anxiety Group (SADAG) doesn’t feel that cyberbullying is currently playing a major role in teen suicide in South Africa she stresses that it very easily has the potential to do so when saying that, “I don’t think cyberbullying is playing a major role yet in teen suicide in the country, but it has the potential…What we’re seeing is more teens using social media to bully other teens…The internet can have devastating results for those that are humiliated or bullied online. While bullying on the playground might have led to a bruise, bullying online now lasts for years to come. It also has a bigger reach; so many more people are exposed to the picture, comment or video.”

Cyberbullying in South Africa, is it happening?

When you’re a victim of cyberbullying it’s normal to feel isolated, hopeless and depressed. You begin to wonder if the situation will ever improve as you desperately search for a way out. You must remember that you are not alone. You have to repeatedly remind yourself that you will be okay and that this too shall pass. In the meantime, here are nine tips to help you cope:

Bullying is never about the victim and always about the bully. It is their insecurities, fears and need for acceptance that motivates their behaviour. Their actions say much more about them than you. It is widely accepted that hurt people hurt and while this may offer little comfort at the time you need to know that there is nothing wrong with you and that this is not your fault. You are not to blame for someone else’s actions.

2. Get to know your privacy settings and use them

Be sure to keep your passwords safe and don’t share them with anyone. Check the privacy settings on your social media accounts as sometimes the standard ‘default’ is not enough. No amount of likes or followers is worth your happiness. Ever.

The one advantage of cyberbullying is that it leaves a trail. Be sure to keep all evidence of bullying. Take screenshots of offensive posts or messages and keep them safe. These will come in handy if at any time you decide to report the bullying.

Don’t be afraid to hit block or report on social media and WhatsApp. These options are there for a reason. Use them.

It might be a good idea to take a break from social media for a while or at least the accounts that you are being bullied on. A break can effectively give you a time out, a space to regroup and gain some perspective. It is hugely unfair that you have to take the break and not the bully, but it could help you and at the moment it is about keeping you safe rather than keeping score.

6. Try not to retaliate

As tempting as it may be, try not to retaliate. It’s your reaction that drives the bully and nothing is less satisfying than no reaction at all.

If you know someone who is being bullied reach out or report it. Many of us are so relieved that we’re not the target that we find ourselves saying nothing or even taking part in the bullying. You have been there. You know how much it hurts. Don’t participate in the hurting of others. Instead, try to reach out. You don’t need to make a huge public declaration, but a simple text to let them know that they are not alone will make the world of difference.

If at any time the situation is getting too much. If you feel depressed, helpless or anxious, you need to ask for help. The impact of bullying can quickly spiral out of control and the consequences can be devastating. Before this happens, please speak to your parents, an older sibling or a teacher. If you don’t have anyone to talk to contact SADAG on 0800 12 13 14 or on 0800 567 567 (suicidal emergency contact) they are skilled and there to help.

In a recent survey young adults were asked what the worst thing about cyberbullying is and the majority spoke about how alone and helpless it made them feel. Please know that you are not alone, help is at hand and this too shall pass. The world is waking up to the realities of cyberbullying and it couldn’t happen any sooner.

What is high functioning anxiety and is it real?