Bullying in schools: What parents and children need to know 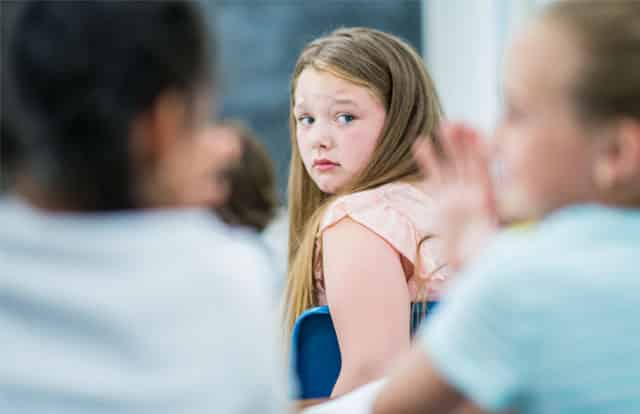 It’s reported that as many as 57% of South African students have been bullied at some time during their high-school careers. When one considers that we have 2.2 million school-going children in this country, those percentages translate into truly staggering numbers.

But what drives a child to victimise another? Are certain children predisposed to bullying? Or to being bullied?

“I think one can safely accept that children who bully others suffer from a very deep-seated sense of inadequacy and need an enormous amount of external validation by way of compensation,” says Gail Dore, a family counsellor who tackles this complex subject in her recently published Bully-Proof.

According to Dore, who has successfully implemented anti-bullying campaigns at a number of schools in Gauteng, bullies tend to gravitate toward acquiring an elevated status among their peers and crave the power that comes with that status. “Establishing themselves as the ‘top dog’ or ‘queen bee’ invariably means ruthlessly bullying others into submission and creating a power base from which to operate,” she explains. “The fear (often misinterpreted by bullies as respect) along with the deference and admiration they receive create a sense of omnipotence, temporarily blocking those feelings of inadequacy.”

While Dore concedes that a home in which aggression (active or passive) is commonplace can influence a child to behave that way outside of the home, it’s not a given. “Lots of children come from chaotic, dysfunctional backgrounds yet do not become bullies,” she days. “Current theories postulate that a number of factors could be involved. Genetics and temperament could, potentially, predispose a child toward aggressive behaviour, but these can be either ameliorated or exacerbated by external factors, such as the home environment, the quality of the relationship with parents, siblings and other family members, the family’s socio-economic status, along with neighbourhood and community norms.”

By the same token, says Dore, children who stand out in some way, either because they have physical differences, display a specific talent or ability, or lack confidence or social skills, are more likely to attract the attention of a bully than their more self-reliant peers. “However,” she points out, “No child is safe from being bullied. Bullies will almost invariably ‘test the water’ and try it on practically anyone who they suspect will offer little resistance. If a bully is in the mood to pick on someone, any child who just happens to be in the vicinity can become a target. The reaction a bully gets from a potential target will determine whether the bullying continues and escalates or stops right there.”

Unfortunately, she admits, reporting a bullying incident to a parent or teacher can be problematic for several reasons: “If the adult cannot be trusted to handle the situation effectively, victims will likely be reluctant to speak out about their torment. A badly managed complaint about bullying usually leaves the field wide open for retaliation by the bully and victims are all too aware of that. The threat, ‘Tell anyone about this and just see what I’ll do to you’, whether spoken or unspoken, is ever-present.”

But, says Dore, by far the most insidious side of bullying is that it very rarely happens in private. “Bullying is a spectator sport in which the victim is publically humiliated and denigrated. This produces profound feelings of shame and most victims blame themselves. ‘If I was bigger, stronger, smarter, prettier, more articulate, more able-bodied, etc., this wouldn’t be happening to me.’ When a victim feels that he or she is somehow responsible for the abuse, it’s painfully difficult to tell someone else about it. Instead, depending on a targeted child’s nature and personality, he or she will either internalise the trauma, becoming withdrawn, anxious and depressed, or externalise it by becoming aggressive, angry, argumentative or defiant.”

According to Dore, bullying behaviour has very obvious (when you know what to look for) characteristics that clearly differentiate it from normal peer conflict. “If we are to drastically reduce the incidents of bullying in our schools, nip it in the bud so to speak, it’s vital that teachers, parents and, particularly, the children themselves, know and understand exactly what bullying is and what action is needed to put a stop to it.

What’s more, she insists, children who are present during an incident of bullying, and do nothing to try to stop it are, and should be seen as being, every bit as culpable as the bully: “In the words of author and philosopher Edmund Burke, ‘The only thing necessary for the triumph of evil, is for good men to do nothing.’ Of course, this is easy to say when a school has a policy on bullying that protects informers from reprisals and guarantees that every report will be taken seriously and investigated. In schools where this is not the case, things get a little more complicated.”

Dore explains: “Children who witness an incident of bullying are often very upset by it. They’re caught up in a moral dilemma. Should they intervene and risk becoming a target themselves? Should they side with the bully so as not to be seen as a ‘goody-two-shoes’? Should they report it and risk being labelled a snitch? These, and many more questions, tend to run through the minds of onlookers and often results in a kind of ‘analysis paralysis’, where they end up doing nothing at all. The bigger the group of onlookers, the more likely they are to fall prey to the so-called ‘bystander effect’ – the expectation that someone else will or should step forward and intervene.”

Bullying is about power

Further exacerbating the situation is the fact that the bully’s whole objective is to impress the audience with his or her power, adds Dore. “If the onlookers respond positively by joining in, laughing or yelling encouragement, the bully has succeeded. Even silence from the onlookers will be seen as non-verbal support. If, however, the onlookers turn to the bully and make it clear that they’re unimpressed, bullying tends to stop immediately.”

Onlookers, therefore, wield considerable power in the perpetuation of bullying, claims Dore. “This is where a shift in the culture of a school – from one which was conducive to bullying to one where mutual respect is a dominating value – has the most effect. Where the majority of the children are against it, bullying is less likely to occur and is quickly stopped if it does.”

School counsellors can play a role in helping both the victims and perpetrators of bullying. They can identify the issues that are causing children to act out in this way, and help them develop the skills needed to overcome their insecurities. You can find out more about pursuing a career in counselling by studying a counselling course at SACAP. For more information, enquire now.

Male vs female: Which mentor is best?

5 Strategies for coping with anxiety