When peer pressure is a good thing 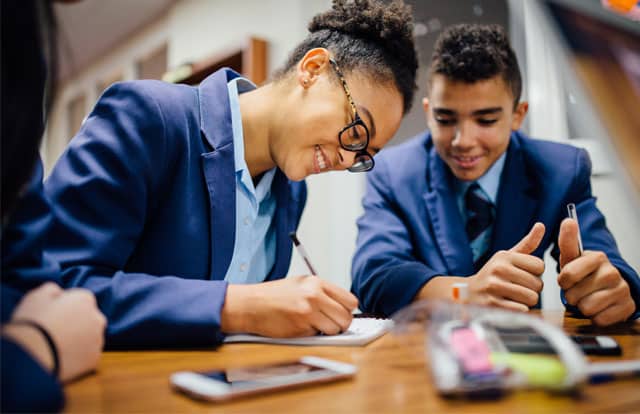 Consumed by the vision of young Africans living out their given purposes in life and leading Africa into its full potential, Susannah Farr founded a community-based NGO in 2000, its primary aim being to test the theory of youth peer education where positive peer pressure is structured to bring about sustained community change.

The birth of GOLD (Generation of Leaders Discovered) in 2004, as a larger capacity-building NGO, was the next natural step. “GOLD was started to respond pro-actively to the increasing incidence of risk behaviour and HIV infections among youth and its negative impact on education and future leadership,” says Farr.

Today, Farr says, the GOLD dream “remains to grow young leaders with character and integrity to mobilise their generation with the tools and support to reach their full potential, despite obstacles such as poverty, apathy, inadequate education, unemployment, orphanhood and HIV.”

Ten years since its inception, GOLD has put 10 000 ‘peer educators’ through its programme and currently has over 2 000 peer educators active in 33 communities in Africa, effectively reaching some 6 000 of their peers.

At the heart of the GOLD model, says Farr, is the harnessing of the remarkable power of peer-group pressure to put into motion a process of positive transformation. As she explains, the desire to ‘belong’, to identify with a group, is a powerful force amongst teens in particular. “The reality of life is that, no matter how powerful the message or convincing the information, people only change when those around them change,” she says.

GOLD’s success lies, then, in its unique education model, which looks to single out leaders in communities of young people and harness their powers of persuasion, so to speak, in order to make converts (for the better) of their peers.

But Farr is not the first to see the latent potential in peer-group pressure. Dr Brett Laursen, professor of psychology at Florida Atlantic University, has conducted extensive research into how children’s interactions with peers and parents influence their social and academic lives. According to Dr Laursen, peer pressure is, essentially, defined as “influence” and, as such, begins very early on in life. “But, it’s not often the way that parents and adults think of it,” he points out. “You have explicit peer pressure and you have implicit peer pressure.”

Laursen gives, as an example, a young man with long hair who, within a couple of months of having started high school, gets his hair cut very short. “This could be because somebody made fun of his long hair. That would be the explicit form of peer pressure,” he says. “But, it could also be very implicit. He could have wanted to fit in. He could have been eager to make new friends; other kids have short hair and he didn’t want them to be off put by his long hair. He could have thought this was some form of status – that people with short hair appear to have more status than people with long hair. We don’t know, in this particular instance, and we often don’t really know exactly if it’s one or the other and, typically, it’s probably a combination of things. So, when we think about peer pressure, we’re really talking about influence to behave differently, that’s exerted by peers.”

When does peer pressure begin, then? According to Laursen, it begins as soon as children start to pay attention to what other children think about them. “We can see peer influence in the very early grade school years,” he says. “We see it over behaviour problems where one set of peers will influence another to act badly. We also see it over academic achievement where friends do better when they’re paired with other kids who are doing better in school. We see this as early as first grade.”

Letting children lead each other

By giving young influential South Africans at grassroots level a positive agenda, then, and by helping them to internalise that agenda, one is able to spread a message of hope and empowerment far more effectively than by standing at a podium and attempting to ‘preach’ that message, says Farr: “A major focus of GOLD is our intensive development of young adults from disadvantaged communities through a life-changing three-year internship as a GOLD facilitator within selected community and school sites.

“The heart of the GOLD approach,” Farr continues, “is to equip adolescents to reach their full potential and in turn to measurably empower their peers and other younger children to make purpose-driven and health-enhancing decisions across all areas of their lives.”

And GOLD’s success, then, is surely proof that the messenger is indeed the strongest message.

Learn how to harness the power of psychology by studying a course at SACAP. The college offers a range of psychology courses, focused on improving knowledge and understanding of the field, as well as qualifying students for a career in psychology. Options include the Bachelor of Applied Social Science, a comprehensive, 3-year undergraduate qualification designed to build critical thinking and develop work-ready counselling and communication skills; and the Bachelor of Psychology, a full-time, 4 year course that qualifies you for registration with the Health Professions Council of South Africa. For more information, enquire now.

How to know if you need marriage counselling