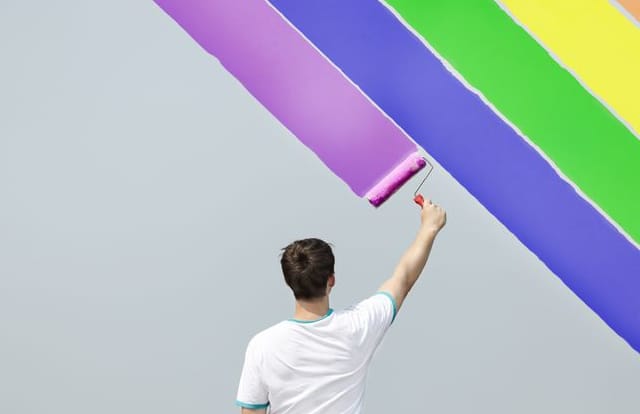 Priscilla Ngxola: A Case Study of the Transgender Experience

Towards the end of 2014, a seismic shift occurred in the perception of transgender people in the media and popular culture. TV shows like Orange is the New Black, Transparent and Caitlyn Jenner’s I am Cait unleashed a growing dialogue around transgender issues. In a research project conducted in 2015, Anya Hollands, a BAppSocSci Honours graduate from SACAP, asked the question: Were these shows contributing to a greater public understanding of what it means to identify as a transgender person? In other words, did the conversation they had set in motion have any real impact on the way this particular minority group was perceived in society?

Hollands was especially interested in transgenderism within the South African context, particularly in light of the fact that the country’s trans community had been seemingly overlooked when it came to the gay pride agenda. In addition, political action at the University of Cape Town had, at that time, led to the creation of the UCT Trans Collective, which was started by a pair of trans students who identified a need for recognition of the rights and freedoms of the trans community within the university space. Hollands found that, while there existed substantial research on gay and lesbian life in South Africa, the experiences of transgender individuals had been largely ignored.

She was also interested in exploring whether Caitlyn Jenner’s very public transitioning experience was one shared by most transgender people, or if wealth and privilege had served to glamorise the reality-TV star’s particular circumstances. On the contrary, the little research that did exist locally, cited the experience of identifying as a gender non-conforming individual in this country as both confusing and dangerous.

In light of the above, Hollands sought to explore the “lived” experience of a Black transgender individual in contemporary South Africa. Her research participant, Priscilla Ngxola, a transgender sex worker living in Cape Town, shared her story with Hollands over the course of a two-hour interview.

“One of the clear and enduring themes through Priscilla’s story was a narrative of violence, fear and intimidation,” says Hollands. “This violence came from multiple sources; however, the most persistent of these were men, especially those from Priscilla’s own community.”

This theme is echoed in the existing literature, which claims that Black transgender people in South Africa are some of the most vulnerable to hate crimes, especially if they engage in sex work. As an aside, Hollands recounts a distressing episode that took place during the interview, in which two men verbally attacked Priscilla as they walked past her. “This attack was a tangible example of the daily, often unreported, incidents of abuse Priscilla suffers on a daily basis,” she says.

According to Hollands, Priscilla’s “voice” has been systematically silenced by men throughout her life: “She told me that she loved to imitate Brenda Fassie as a child, but when she did, her father would beat her with a shambok, telling her to ‘sing like a boy’. This abuse worsened over time, prompting Priscilla to run away from home to Cape Town, where she could live as a trans woman. However, her voice continued to be taken from her by policemen, who engaged in victim-blaming and re-victimisation.”

Much of the violence and intolerance levelled against her stemmed from homophobia and the perception that Priscilla was a homosexual man, continues Hollands, who explains how this provides further evidence that many people still do not understand that gender identity and sexuality are not synonymous. “This is especially true in under-resourced areas, where people do not have access to education and information regarding issues relating to gender and sexuality,” she says.

Hollands maintains that it is critical that public understanding of gender and gender-identity be significantly improved. “In South Africa, this is especially relevant given the widespread lack of education and the strong influences of both religion and culture on society,” she asserts.

Based on her research, Hollands claims that the influence of the media and celebrityhood does not reach a large portion of the local population. “It’s essential, therefore, that research focus on ways in which public awareness of gender identity can be improved in a specifically South African context,” she says.

Anya Hollands’ research project, “Priscilla Ngxola: A Case Study of the Trans Lived Experience”, formed part of her final qualifying criteria for SACAP’s Bachelor of Social Science Honours Degree, a course that is aimed at candidates who have completed a three-year undergraduate degree with Psychology as a major. Projects such as this illustrate SACAP’s commitment to developing the intellectual, practical and emotional skills of its students, allowing them, in turn, to effect positive change where it is needed most in their communities. For more information on this postgraduate programme, click here.

Coaching Techniques: The Many Hats of the Business Coach

Let’s Get Women’s Issues Out in the Open