Psychology Festival of Learning: The psychology behind how to make more money 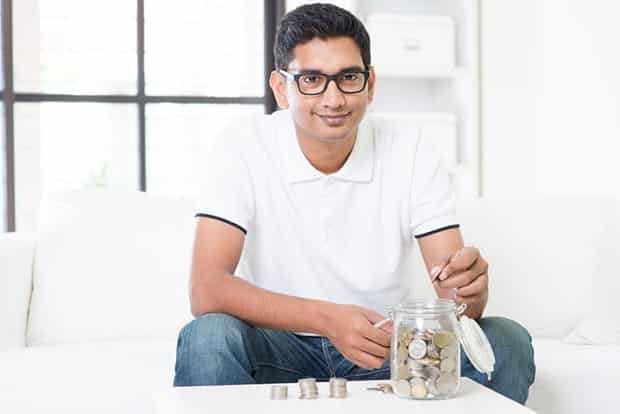 SACAP’s fourth Psychology Festival of Learning takes place from 8 to 12 September at both the college’s Cape Town and Johannesburg campuses.

Aimed at bringing together professionals, students and the broader community in an environment that explores the many facets of psychology, counselling and coaching, the Festival’s 2015 programme features a diverse range of speakers and facilitators, among them, Brian Shargey of Arrow Coaching and Consulting, who helps individuals as well as small to medium businesses identify and act on the opportunities that change brings in such a way that they can prosper.

At the Festival, Shargey will be discussing the subconscious money “scripts” – or our subliminal attitudes towards money – that act as the driving force behind our financial decisions and, ultimately, determine our financial prosperity… or lack of it. We chatted to him about what to expect from his forthcoming presentation.

Q: You talk about ‘money scripts’. What are these? Can you give examples of some of the most common money scripts?

A: Money scripts are our emotions, beliefs and values around money, which determine how we process objective, external money-related events. As children, we “learn” money scripts from the world around us, especially from how our parents dealt with financial decisions. Money scripts include things like: “There will never be enough money”, “Money is not important”, “Money brings you happiness” and “You have to work hard for money”.

Q: Are you saying, then, that psychological traits may interfere with one’s personal financial planning process?

A: All financial actions, like financial planning, are shaped by an individual’s conscious and subconscious money scripts – which is broader than simply psychological traits. Sometimes a money script is “positive”, when it is applied in the right context, and then it can help one make a good financial decision. Other times, the money script might be inappropriate for the situation and results in us making a poor financial decision. For example, you believe money is not important and this means you fail to budget or save. In essence, money scripts concern an individual’s belief system around money. These scripts are not inherently good or bad – the important issue is the context in which the money script is applied. A money script may be, for instance, not to spend money. This might be “good” in certain cases, especially when it comes to consumer debt, but “bad” if it stops one from, say, investing in a viable property acquisition.

Q: How does being conscious of our money scripts put us in a better position to use money as a means to achieve the life we want?

A: Answering this question requires two illustrative scenarios – one where a person is conscious of his money scripts and one where he is not. In the first case, the unaware person is faced with a challenging external money event, such as not receiving his expected bonus. Unbeknown to him, this event will trigger a money script (such as “Hard work doesn’t get you anywhere, and people who make money are just lucky”), which creates a painful emotion. Most people would rather run away from the pain than face it. Typically, they then rely on one of two coping strategies to escape acknowledging the root cause of their pain: either they find another money script or they lose themselves in a destructive behaviour (such as gambling or retail therapy, for instance). Let’s assume that the man who did not get his bonus grabs onto another money script, such as, “Only rich people are respected and matter”. Not receiving his expected bonus leaves him feeling worthless and his fear and anger around money issues encourage him to take a second mortgage against his home in order to invest in a risky venture capital business whose returns are unrealistic. This then leaves him in a worse-off position because his investment dives and he risks losing his home.

When, on the other hand, we are aware of our money scripts, we understand how they affect our responses to external triggers and can decide whether the response is appropriate. For example, using the example above, although the man did not get his bonus, he realises that the issue is not related to his performance but rather the company’s financial performance. He may also decide that his hard work would be better rewarded if he was to become an entrepreneur, which forces him to investigate this as an option.

Being aware of our money scripts gives us the power to acknowledge the script at work and either accept or reject it. When we are able to recognise our money scripts, we are no longer acting on auto-pilot, or trapped in a vicious cycle of pain and avoidance. Consciousness therefore gives us the flexibility to put financial milestones in place in order to live a purposeful life, one where we achieve our consciously considered goals and aspirations.

Q: What, then, are some of the valuable insights and tools that those attending your talk at the Psychology Festival of Learning will be able to take away from it?

A: The presentation will show how our money scripts and the feelings they invoke influence how we interpret external financial events, which, in turn influences financial decision making. Essentially, attendees will learn to see how emotions influence how we interpret the “outside world” – and that financial decisions are not based solely on the rational, analytical mind. Issues of security, power and control are a function of how we interpret our money scripts and will be different for each of us. An example of power, for instance, could be hoarding money, while the flip-side might be someone who feels powerless and makes no decisions about saving or investing. To spend or save authentically means to live a purposeful life that you have designed for yourself. In practical terms, it means a life where you have sufficient resources (including money) to achieve your life’s aspirations as they are broken down into five-, ten-, 15- and 20-year goals. It does not mean being happy or being wealthy.

SACAP’s Psychology Festival of Learning aims to enable every participant to take one step further in their journey of understanding the nature and practice of psychology, counselling and coaching at an individual and community level. Find out more about the programme of events or book your place.

The benefits of studying later in life

Psychology Festival of Learning: The psychology of race