The Making of the Millennial Entrepreneur 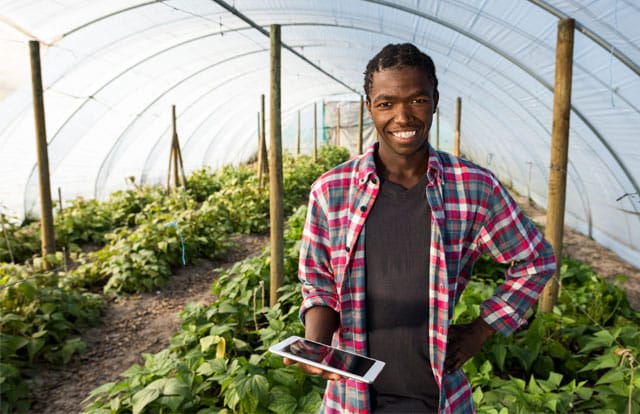 66% of all Gen Y or Millennial students (those born towards the close of the 20th century) say they want to become entrepreneurs or start something new (the research also shows that in Generation Z, right behind the Millennials, 72% of current high school students want to start their own businesses).

Certainly, it’s an admirable and ambitious goal, especially in South Africa where job creation is so sorely needed. But there’s a paradox at play among this emerging generation of young adults and new professionals. Many of them were raised to be safety-conscious and risk-averse.

In fact, according to studies, one of three biggest psychological variables that hinder adolescents’ levels of school engagement is the fear of failure. Yet these very same young people want to become industry mavericks; entrepreneurs who courageously cross traditional corporate frontiers into unchartered workplace territories.

Is it possible to reconcile the desire to be an entrepreneur with the fear of failure, you ask. The answer is “yes”. By drawing on coaching theory to explore the qualities that define entrepreneurs, you can gain the courage needed to one day build your business empire…

Entrepreneurs seek out the positive

Human beings are wired for danger. Risk aversion has its roots in our evolutionary biology. Our earliest ancestors had to be constantly on the look out for danger in order to simply survive. However, with our chances of being devoured by a wild animal now slim to none, our negativity bias no longer serves us. In fact, it’s become a major occupational hazard.

While there’s no denying that the entrepreneurial journey can be fraught with peril, those who succeed tend not to overanalyse this. Sure, it’s smart to anticipate and prepare for challenges, but these risk-takers focus on the present instead of on the possible setbacks they may encounter down the line. If they didn’t, they’d never even get started.

Coaching tip for finding the positive: Conquer the fear of the future by focusing instead on the now. Rather than getting caught up in the drama of an imaginary life where you end up broke and homeless, concentrate on the next logical step in your journey. This may mean gaining the skills you’ll need by finishing your degree or acquiring a particular certification. Or it may mean simply getting your driver’s license and saving up enough money to buy your own computer. And celebrate your successes, no matter how small, as these are the rewards of each step successfully taken in moving you ever closer to the ultimate prize.

Any good coach will tell you that you reach success long before you reach your goal. Think of it this way: before you learned to ride a bike, you had to fall off it – probably a whole lot of times. Does that make each attempt at staying on your bike a failure? Only if you thought it so. Really, each attempt was just that – an attempt, a stepping-stone to success.

Entrepreneurs tend to view failure as a tool to improve and, as such, a mandatory part of the entrepreneurial journey. They refer to “failing forward” – in other words, applying their learnings to foster success the next time round. The ability to reframe failure as learning ensures their success – and this happens long before they turn their first profit.

Coaching tip for reframing failure: Accept that failure is part of the deal and plan for it. By anticipating failure and acknowledging that it’s the fear of the unknown that’s really scariest of all, you disempower failure of its potentially paralysing effect. Then, it’s relatively easy to reboot after a setback, to take the lesson learned (even if it’s simply what not to do next time round) and to start afresh. The ability to quickly bounce back from adversity is a trait entrepreneurs share and resilience a quality that will serve you well in the often cut-throat world of business.

Coaching tip for self-discipline: Be honest with yourself – what are your distractors? Do you get up as soon as your alarm goes off? Or do you press the snooze button and start your day with a delay? Do you eat only when you’re hungry? Or do you tend to treat yourself even though you “shouldn’t”? Do you spend first and worry about money afterwards, or do you always save for what you want? From the moment of waking up through each area of your day, become aware of the diversionary tactics you use to avoid doing essential tasks. Self-discipline is easier to maintain when developed as a habit in every area of our lives, say the coaching experts. This is because, like a muscle, self-discipline improves with use.

Entrepreneurs design their own future

The root of the word entrepreneur is entreprendre, which means “to undertake”. The entrepreneur essentially promises something in the future, different to what exists right now, and then he or she sets about designing and creating that future. In doing so, however, entrepreneurs often run counter to the courses set for them by parents, institutions and influential people. For this reason, theirs is a journey that might end well but frequently involves having to turn a blind eye to countless naysayers along the way.

Coaching tip for designing your future: Most of us don’t find goal setting particularly attractive. Instead, we prefer to go with the flow of life and try our best along the way. In order not to make future planning seem like a setting a list for Father Christmas, coaches encourage their clients to get really specific about what they can control and what they can’t. In so doing, they encourage a relationship with the future that involves designing it. As local business coach George Eadie puts it, “The day the entrepreneur sets a destination and maps a course to that destination, learning along the way about how they can either set destinations better, or more effectively chart the course, is the day they become true to entreprendre.”

Sex education for a culture of consent