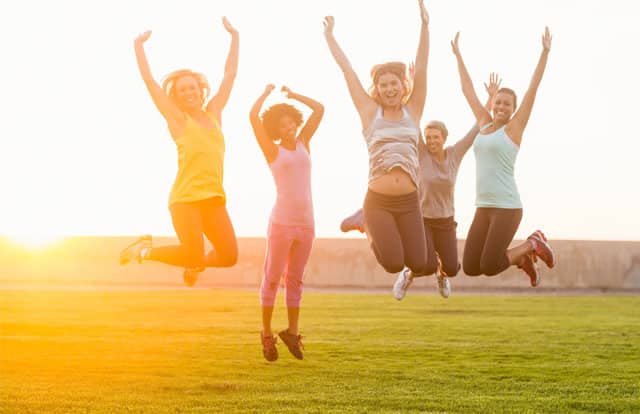 It’s been said that no amount of self-improvement can make up for any lack of self-acceptance. Defined, essentially, as the ability to love oneself unconditionally, no matter what flaws and traits exist, self-acceptance is a complex issue, especially in the demanding world in which we live today.

Western individualistic values suggest that people should be self-sufficient, financially secure, coupled with a spouse, a fabulous career, and two children with a lovely home in the suburbs. At the same time, the advertising industry bombards us with messages about “not being good enough”, not being handsome or pretty enough, not being thin enough or not having teeth that are white enough. And “not being good enough” is synonymous with non self-acceptance. Ironically, only by acknowledging and accepting the challenging parts of ourselves – the dark parts or, as Jung called it, the “shadow side” – can we truly begin to grow and, ultimately realise self-actualisation.

Psychologists have identified three core emotions – all at the heart of what it means to be human and all largely with origins in childhood – that are inextricably linked to the measure of one’s self-acceptance: belonging, competence and worthiness.

Belonging has its roots in our childhood attachments with significant others and manifests in adult life in the sense of connection we have with those around us: our families, peers, colleagues and communities. In essence, belonging is a manifestation of the feeling of being part of a greater whole, something bigger than ourselves. Ironically, despite the prevalence of social media and other pervasive forms of virtual communication, modern life has become increasingly fragmented and, as such, does not foster a sense of connectedness. This, coupled with issues of ethnicity, age, sexual orientation, physical characteristics and financial state, can lead to “outsider syndrome”, where people feel disconnected from those around them, especially if they do not subscribe to the model of success widely purported as “the ideal”.

The notion of competence, too, often has its origins in one’s upbringing. Children who struggle at school or are perpetually told that they don’t measure up to the accepted norms, develop a sense of “not being good enough” – a factor which, eventually, becomes synonymous with non self-acceptance. Similarly, youngsters who are given responsibilities beyond their years or, conversely, are prevented from gaining necessary life skills by learning through their mistakes, quickly develop feelings of incompetence and thus a negative self-acceptance.

A sense of value and deserving are at the heart of worthiness, another important contributor to notions of self-acceptance. Conditioning has an important role to play here, too – how we interpret the value society places on particular attributes is very often connected to the way we are raised. Deviating from widely held definitions of “the ideal” – be it of career success, ethnic or gender dominance or sexual-orientation “norms” – can lead to feelings of unworthiness. It requires no stretch of the imagination to draw parallels between one’s sense of being undeserving of love and acceptance and one’s acceptance of self.

DAILY MANTRAS FOR SELF ACCEPTANCE

Fostering a healthy sense of self-acceptance therefore requires unhooking oneself from one’s conditioning and embracing forgiveness of self and others. Only once you are able to own the parts of yourself that you dislike, will you be able to change them.

While this is easier said than done, here are five mantras to keep in mind on your journey to self-acceptance:

1. I give myself the power to change

Self-acceptance requires a willingness to experience and accept your feelings, yes, but that doesn’t mean you will become ruled by your emotions and incapable of logical thought. Common characteristics of those who lack self-acceptance are a denial of feelings and a disassociation with reality, which often manifests itself in the form of internal conflict and, outwardly, as frustration, tension, boredom or even anger. By acknowledging your feelings rather than repressing them, you are in a far better position to take the necessary actions to deal with them and move forward.

Self-accepting people realise that reality is reality and that running away from problems will not solve them. They also realise that, while they may accept something that they dislike, they can still be determined to change or improve it. The simple truth is that you can’t change the things you keep hidden from yourself. By lacking self-acceptance, you also lack the power and control needed to affect meaningful change in your life.

3. There is always a reason for every wrong

Compassion and non-judgmentalism are at the heart of self-acceptance. While this doesn’t mean trying to argue the right in your wrongs, it involves exploring the context of those wrongs. It is only possible to fully understand why you do the things you’re not necessarily proud of by examining the internal processes and reasons that prompted that behaviour in the first place.

4. Perfection is just an illusion

If you fall into the trap of seeking perfection, you will never find it. Indeed, it is our imperfections that make us who we are as individuals. In his bestselling Gut Feelings: The Intelligence of the Unconscious, author Gerd Gigerenzer distinguishes between “maximisers” and “satisficers”. “Maximisers” are people who weigh their choices very carefully, perfection being the yardstick for their decisions. “Satisficers”, on the other hand, are more willing to accept what they deem “good enough”. Who do you think is happier? Studies say, by far, the “satisficers” – they have more optimism and higher self-esteem and life satisfaction than those who constantly seek perfection and who tend to be more depressed, full of regret and self-blame.

5. I must not let my subconscious sabotage me

It is the role of the counsellor to help their patients achieve self-acceptance and live more fulfilling lives. If you’re interested in a career in counselling, SACAP offers a number of courses that can help prepare you for a career in psychology, such as the Diploma in Counselling and Communication.. For more information, click here.

What is a Life Coach? The Myth Versus the Reality

How to make the most of your gap year