Bullying in South African Schools: How Bad Is It? 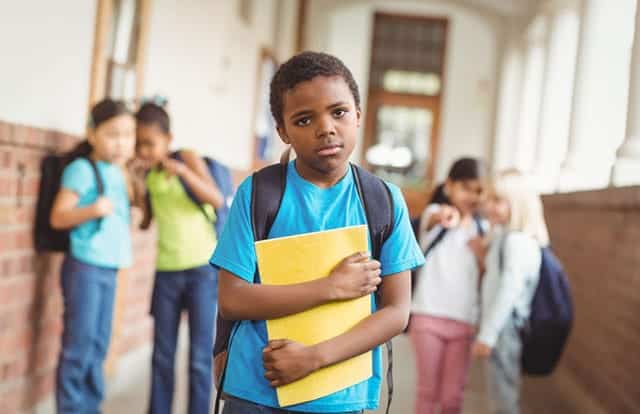 Bullying in a South African scenario

Estimates put the number of South African students who are bullied at some time during their school careers at an astonishing 1.2 million. This means that over half of the school-going children in this country have experienced repeated verbal, physical or psychological abuse at the hands of a peer. Although well-documented, the effects of bullying on these youngsters, which can last long into their futures, is worth repeating: depression, low self-esteem, health problems, poor grades and even suicidal thoughts.

Although much is known about bullying in the international literature, little research has been done on the topic in developing countries, particularly those, like South Africa, where high levels of violence and crime are a daily occurrence. To what degree, one asks, does the aggression children in this country experience within their homes and communities every day contribute to hostile behaviour on the playing field?

Providing a snapshot of bullying in South African urban primary schools, Qiniso Makhathini, a BSocSci Honours graduate from SACAP, conducted research in 2015 amongst a group of 12 year-old pupils randomly selected from schools in the Cape Town metropole. The study aimed to determine the prevalence of bullying across both gender and socio-economic status. Descriptive statistics were used to describe the prevalence of bullying, while trusted tests gauged bullying across gender and geographical locations.

While Makhathini recommends that, for conclusive results, a longitudinal research method be used to track bullying behaviours over a longer period of time (and researchers consider other more insidious forms of bullying, such as cyber bullying), his research nevertheless provides valuable insights into the levels of child-on-child hostility occurring in South African schools. Of the children assessed, 41,7% reported being hit by another student at least once, and more than half of the sample (53,7%) claimed to have been excluded by other students on at least one occasion. The results also showed no significant difference across socio-economic status groups for bullying behaviours.

Interestingly, Makhathini’s research also revealed no major difference between boys and girls for active bullying. However, a considerable difference was found between boys and girls for passive bullying, with girls being victims of passive bullying significantly more than boys were. Dr Dan Olweus, a Norwegian professor of psychology whose extensive research into bullying since the 1970s culminated in the world’s foremost bullying prevention programme, defines “active” bullies as “students who want to bully, start the bullying, and play a leader role”. “Passive” bullies, on the other hand, are described as “students who actively and openly support the bullying, for example, through laughter or by calling attention to the situation, but don’t join in”.

When comparing his results to those from other developing African countries, Makhathini found that South Africa has a notably higher prevalence of school bullying. A study conducted by Habib Tiliouine of the University of Oran in Algeria in 2014, found that 12,3% of 12 year-old learners in the country had experienced active bullying and 20,6% of them had been the victims of passive bullying.

When taken together with other research on the topic, Makhathini’s study indicates that South African children are experiencing high levels of violence and discrimination every day – be it in their homes, schools or communities – and this daily hostility could well be a major contributor to the high crime levels in the country. “The prevalence and severity of the effects of bullying clearly indicate that it needs to be taken more seriously by governing bodies, policy makers and the general public,” says Makhathini. “Increased awareness and further preventative solutions will help build a safer environment for the rearing of our children, which will ultimately lead to a safer environment for us all.”

Qiniso Makhathini’s research project, The Prevalence of Bullying in Schools in the Western Cape Region, formed part of his final qualifying criteria for SACAP’s Bachelor of Social Science Honours Degree, a course that is aimed at candidates who have completed a three-year undergraduate degree with Psychology as a major. Projects such as this illustrate SACAP’s commitment to developing the intellectual, practical and emotional skills of its students, allowing them, in turn, to effect positive change where it is needed most in their communities. For more information on this postgraduate programme, or on SACAP’s Bachelor of Psychology undergraduate degree, click here.

Coaching and Mentoring in South Africa: What Does the Future Hold?